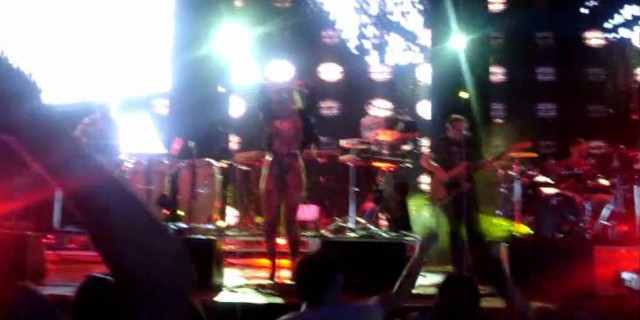 The early 1990s were a depressing time, and even more so in Victoria, Australia. The Gorbachev revolution, which successfully led to the unravelling of dictatorships in the Eastern bloc, failed to transform those countries to a more ideal model of libertarian socialism. In Victoria a thoroughly ideologue government was engaging in savage cuts to basic public services that Thatcher would have been envious. At one stage the state was losing one hundred people per day to other states, mainly teachers and nurses. And as for music, the rise and eventual dominance of house and dance music by the late ’80s was getting very tired. To be sure, it had rhythm, it was sensual, it was strongly associated with the rave scene culture and happy club drugs; but it most cases it was seriously lacking in substance.

It was in this environment that those opening words of Leftfield’s first studio LP, Leftism, echoed a common sentiment: “I’ve got to stand and fight in this creation; vanity I know can’t guide I alone. I’m searching to find a love that lasts all time, I’ve just got to find peace and unity”. It was just the shot in the arm that was needed. Leftism captured the imagination of a multitude who liked the new sounds but abhorred the vacuousness, an orientation bluntly described as “intelligent dance music”, although in Leftfield’s case it was more electronica and with increasing influences of dub.

Leftism was an incredibly well-crafted LP and was recognised as such; “Release the Pressure” was a top-twenty song in the UK singles chart for 1992 and 1996, “Open Up” with John Lydon reached 13 in 1993, followed by “Original” reaching 18 in 1995, “Afro-Left” reaching 22 in the same year. In 2000 Q magazine placed the album at number 34 in its list of the 100 Greatest British Albums. The second studio album, Rhythm and Stealth (1999), reached top position in the UK albums chart with the singles “Afrika Shox” and “Dusted” reaching 7 and 28 respectively.

Leaving but two albums for their fans to remember (and a couple of obscure singles) and going into remission for several years, it is perhaps inevitable that Leftfield’s first visit to Australia would come with some enthusiasm from a crowd that was 90% between the ages of 35 and 45. The Melbourne show was hosted at The Palace on Bourke Street, a well-designed dive known for the long-running nightclub Goo, allegedly so-called on account of the stickiness of the alcohol-soaked floors. Providing an expected combination of light and colour with appropriate computer-generated graphics throughout the night, Leftfield had an acceptable spectacle to accompany their sounds, especially good during the early tracks “Song of Life” and “Black Flute”.

A great number of their well-known tunes were played throughout the night. The first big event was the pounding dance of “Afro-Left” with and Djum Djum providing a new set of glossolalia, albeit with a consistent set of sounds for the numbers one to four, which everyone understood (Djum Djum has just invented a new language!), nicely complemented later in the set with “Afrika Shox”. “Original” also received an appropriately excellent reception, although for some incomprehensible reason, “Swords” was not played; I am sure that I am not the only person who places the two in a sequence. Crowd interaction could have been better as well; Djum Djum did engage well, but the ego-stroking by front-man Neil Barnes during the highly extended mix of “Inspection Check One”, inciting the crowd to greater levels of movement and passion – in a filler track if there ever was one – was a too much. Mind you, Barnes is prone to hyperbole – in the band biography for the show he made the comment: “The goodwill surrounding the live show has overwhelmed me, the expectation is tremendous. I simply can’t wait to blow everybody away – literally.” I literally hope he doesn’t known the meaning of word literally.

Indeed, this leads to the greatest criticism of the gig; too many of the tracks were extended remixes of their lyrics-light dance tracks rather than the content-heavy pieces. Rather than play, for example, “Chant of A Poor Man”, we’re entertained by a lengthy version of “Phat Planet” or the lyrically meaningless (but musically sound) “Dusted”. You could just forget about anything like “Open Up”, a song which allowed the gothic punks to share admission to a liking of some electronica. Of course, most of the punters simply wanted to dance away to the sounds of a classic electronica band, indeed, possibly the best in the genre. But a cursory scan of the crowd from my vantage point indicated that at least a sizable minority were somewhat perplexed by a 1980s style remixes common to the mainstream, which was not assisted by an insistence on loudness over quality with some very ordinary mixing.

The fact is that Leftfield produce extremely well-crafted music, but if two studio albums in all these years tells you something, is that they’re bloody lazy. Extremely talented it is true, but lazy nonetheless. It is much easier to churn out a ten-minute version of “Space Shanty” than perform any of the three most substantial songs (“Open Up”, “Swords”, “Chant of a Poor Man”). One goes to a concert expecting not to hear all their favourites if they are seeing a band that had been around for twenty years and produced a dozen albums. The same expectation does not hold with a band that has been around just as long but only has two. The concert was in that sense disappointing, and if it was any band of lesser quality it would have been sufficiently bad not to be enjoyed at all. But this was Leftfield, and that made all the difference.