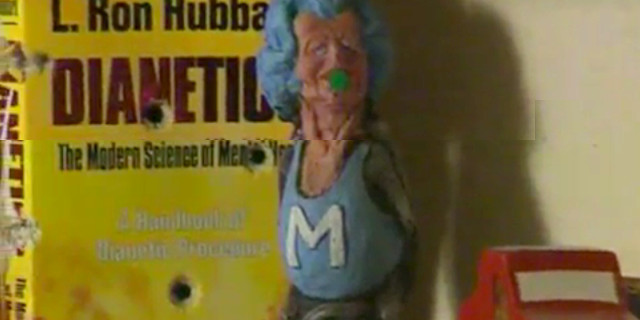 The above being a quote from Graham Clark, one of the literary assessors in question. He told me the story years ago (and I keep retelling it), but I finally found a decent writeup of this, from a 1994 interview with Iain (M.) Banks:

Have you any oddities in your library?

I was invited to the Edinburgh University Science Fiction & Fantasy Society’s Freshercon three or four years ago, and they had an entirely free and secret ballot for the book that the assembled patrons thought most deserved to be taken out to a rifle range, and the winner by a large margin was Dianetics by L. Ron Hubbard. So this was duly taken out and shot full of bullet holes. It was flourished the next year, and I bought it for a tenner that went to the society’s funds. The following year, I went back and got a copy of She Beasts of Gor or something by John Norman which was set in concrete.

You can see the improved edition of Dianetics on Iain Banks’ shelf in this 1989 STV interview (which is well worth watching all of), from 20:50-21:00.

I wonder what happened to the improved book after Banks died. 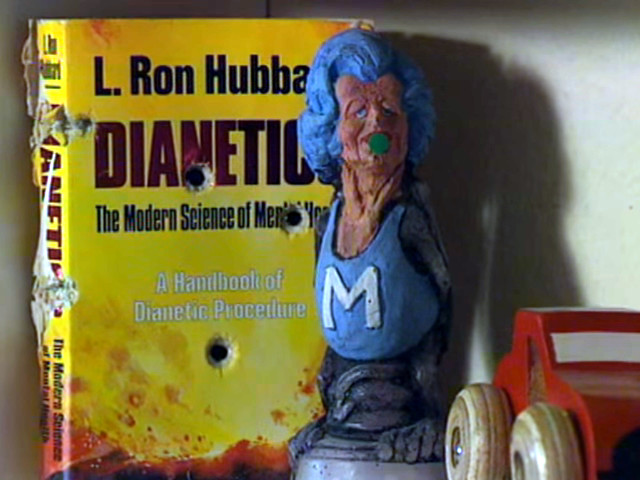 3 thoughts on “Burning books is *wrong*. So we had it taken out and shot.”