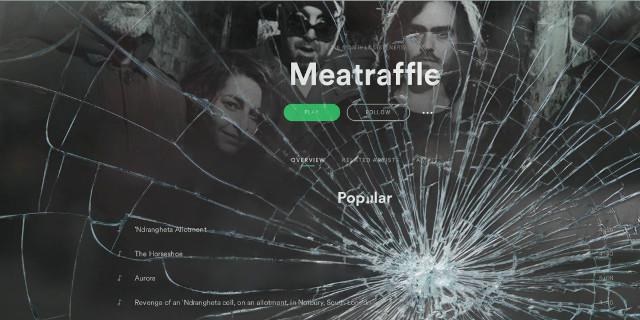 YouTube streams more music than Spotify, Apple Music and every other audio streaming platform combined — at least, according to the International Federation of the Phonographic Industry.

There’s reasonable suspicion that the IFPI fiddled their highly nontransparent numbers — the report glaringly lacks the question wording or how the sampling was done, and the survey was only done at all to support the record industry’s demands for money they literally know doesn’t exist just because Google has money and they’d like some — and YouTube have strongly questioned IFPI’s claims.

But YouTube being a popular music streaming platform will be no surprise to anyone who’s tried using both YouTube and the streaming services.

When I feel like some music, I find myself hitting, in order of preference:

I’m an avid Spotify user. I actively try to use Spotify, even when I have the CD or download — because I like the idea that the artist will get at least a penny shaving from me doing so.

So why do I keep just using YouTube? Because it’s not a goddamn pain in the arse.

Jimmy Iovine of Apple Music explicitly wants to make free streaming suck: “free has to become more difficult or restricted, and the paid services have to get better.”

But, y’know, he runs your direct competitor. And you will never shift users from ad tier to paid tier if the free service isn’t good enough.

So make your free service suck noticeably less than Apple’s paid service, and you win already.

Offering services that suck — PressPlay, anyone? — is deeply ingrained in record label thinking. The trouble is that there are always competitors — YouTube, my ripped CD collection, piracy. They should have learnt by now that they can’t afford to be less convenient than BitTorrent, but …

YouTube videos play when you hit “play.” The Spotify web interface frequently just doesn’t work. The play button fails to play, streams fail to load the next song unless you hit “play” again.

This has been particularly bad since they shifted to open.spotify.com, with the browser DRM — yet again, “DRM” is a flag to the consumer that “this is gonna suck, use anything else.”

The Spotify web client tries to present itself as a complete, integrated application. This means it’s an unholy pile of minified JavaScript.

It almost, but not quite, duplicates a web page. The “not quite” hurts discovery — e.g., you can’t right-click and open links in a separate page, even when it looks like you could or should. Nor can you cut-and-paste text, such as band names or song titles. Please — let the web page be a web page.

I used to run the installable desktop client software, but that’s now a Chromium Embedded Framework app — a closely-related unholy pile of minified JavaScript with its own web browser to run in. My current browsers are already fat enough, thanks.

For ordinary people who aren’t record nerds, streaming replaces radio — and you’re not going to convert the masses from free radio-substitute to paid. Andy Ng of Tencent says:

Spotify’s algorithms seem to give radio-style listeners what they want, and if they don’t the listener hits fast forward.

But what about actual record fans, looking for stuff? Cultural explorers? (Rocknerd readers.)

To be fair, record nerds are annoying pains. High maintenance, low volume — A&R might care, nobody else at a label does. The plus point is that we’re obsessives. We will shower bands we like with money. You have a chance at converting us. Hello, middle-aged record nerd waving cash at you here!

Also, if YouTube really is doing that well with streaming … maybe there’s a lot of people who are looking for more than just extruded music product.

Spotify has what the labels give it. But the labels have always been viciously ahistorical. They can’t sell the kids on new rubbish when there’s decades of old rubbish in the way.

So can you find obscure but officially-released mixes? Can you find the old version of the album? Can you find a top ten single from 1991? There’s one site where the fans have made sure you can do just that thing, and it’s not Spotify.

This requires the labels to care about their catalogues, which will be an uphill battle.

But there’s no easy way to learn more about sizzling new finds.

If I go to the song page, I see it’s actually a single. Released 2017, copyright Meatraffle so probably an indie. The band has an up-to-date bio, which is not the usual case — presumably they put this up themselves.

Playlists give you an artist and title, and if it’s something new and interesting you have to Google and pray.

Basic information? Links to the band’s site? The descriptions that fans put on their YouTube uploads are hugely more helpful than anything Spotify gives you.

(You can buy Meatraffle’s stuff on their Bandcamp, here’s their Facebook, here’s their Twitter and there’s nice articles on the Quietus from 2015, 2017 and 2018. The video for “’Ndragheta Allotment” is below, and of course Spotify doesn’t link or embed the video either.)

I should never have to leave Spotify to search Discogs

Meatraffle do better than most, because they clearly put in the best data they could by hand. The stuff from labels — the bulk of Spotify’s offering, the major-label celestial jukebox of the past several years — is a mess.

Releases are uploaded haphazardly. When an album has multiple versions available, the provenance of each is utterly unclear. An album might be marked 2015 because that was the reissue they uploaded, even though it’s from 1981.

The system has no facility to separate artists or bands with the same name, or to join separate artist listings that are the same band. I’m told they have the data to fix this, but they don’t use it.

There are artist bios lurking in the system — go to an artist page and click “About.” The label ones, if they’re present at all — a lot aren’t — appear to be from a five-year-old AllMusic dump.

The songwriter information is supposed to be available now — but only on the desktop client.

Spotify needs to do a deal with Discogs or MusicBrainz, or some similar crowd-curated site — because the data from the labels is a mess that nobody at the label end can be bothered to get right.

Once the metadata is actually in place … we need a free-text search over all of it. Even YouTube’s search is ridiculously better than Spotify’s — because Google turn out to be quite good at search.

You can only search Spotify on artist and title — I can’t check for new Factory Benelux or Crépuscule releases, to list one personal frustration.

Try searching for anything classical. Classical metadata is very different to, and more complex than, pop metadata — but that’s not really an excuse.

Jazz fans want to search by musician on the session.

Even in the pop field, remixers may or may not be searchable, and their name might be in the artist or the title.

Lyrics! Do deals with the publishers, or with a lyric site that has deals — ’cos when you don’t know a song’s name, searching YouTube for a lyric fragment works really well. Because some fan typed it into the description, or a comment.

Here in the astounding Big Data future, we seem to have less access to data than we had before.

I don’t use playlists myself. But friends I asked on Facebook do, and had a pile of personal annoyances:

Convenience wins, every time. Spotify and Netflix defeated BitTorrent by being better. Now Spotify needs to get to work on sucking less.