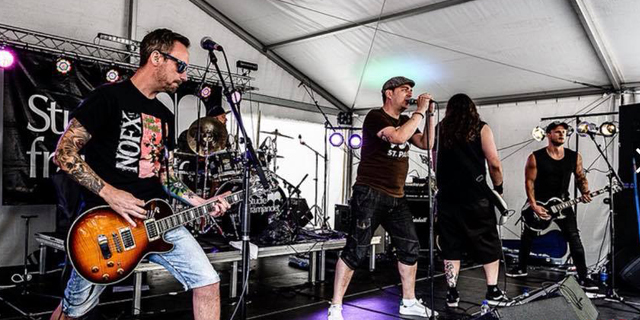 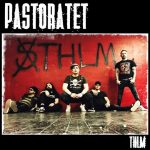 Swedish punks Pastoratet have released a 4-song EP called THLM (Cramada). Unfortunately that’s the best I can do for telling you what the names are and what the songs are about as I’m not terribly fluent in Swedish. There is, however, a lot of shouting and some good “woah-ay-oh”s in there so they seem to be doing the standard punk thing.

The EP is a nice combo of hardcore and surf punk, it’s got a mellow, melodic feel that edges toward pop-punk but brings in just a tiny bit of metal to keep an edge to the sound.

“Aldrig Mer” is the opening song of the EP and at nearly four minutes it’s the longest and shreddiest part of the record. It has a mournful, melodic sound and a truly sweet guitar solo that’s rocking some 90s alt vibes.

Overall the record is pretty sugary, peppier than you’d expect after the thunderous opening riff and initial snarling. Since I only understand about one of every eight words singer Goran Dragojevic shouting I can’t comment much on the lyrical content but the sound is somewhere between Fat Mike and early Mark Hoppus.

The four songs are all solidly composed and as a whole are a lot of fun to listen to and bounce around to. The dual guitarists Alloh and Lyckfors are doing some interesting things; there’s sort of a low-key LA metal thing happening in “Tack & Hej” that’s a step above the average complexity of punk. The rhythm section is rabid and rapid, just like it’s supposed to be.

Since the heat just keeps coming and it seems like summer is never going to end I’d say give THLM a listen — with its surf-inspired sounds and driving choruses it’s a summery record, something to listen to while sitting on hot pavement and drinking cold beer with friends, something to cruise around with the windows down to.

If you’re super into it check out their 2013 release, Sexpack, which has a lot of stylistic overlap with a very slight rockabilly flavor thrown in as a garnish.