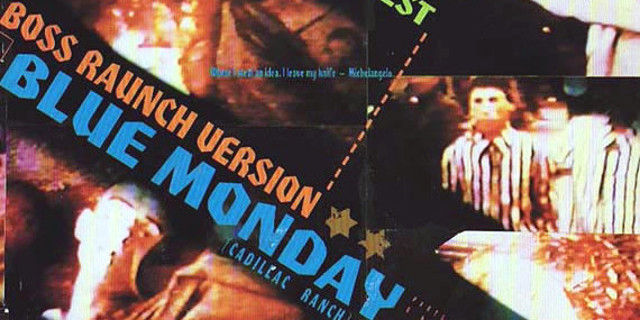 Well, that was certainly a thing. I was a teenage Joy Division/New Order obsessive, and for many years I’ve found covers of them inherently hilarious. There were two legendary obscurities that could not be found in the record shops at the far edge of the world under any circumstances, and still remain so obscure you won’t even find copies on YouTube. I present for your delight the Savoy Hitler Youth Band combining “Blue Monday” with Springsteen’s “Cadillac Ranch” and the shuddering majesty of P.J. Proby’s truly remarkable take on “Love Will Tear Us Apart”. You can thank me later.

(The tracks are from an interview with David Britton of Savoy Records by Simon Sellars, one of the three greatest J.G. Ballard fans in the world and compiler of the superb Extreme Metaphors, a just-released book of Ballard interviews that pretty much everyone should read.)