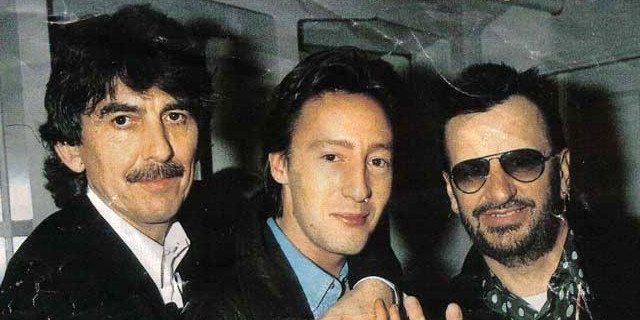 you GOTTA tell me this story maude i must know

Well I’m not really used to telling this in text form so I’ll do my best but basically when I was 11 I idolized the beatles and like collected their records and cds, read all their autobiographies, had pics of them hanging ovr my bed and shit… yeah yeah it was a more naive time. But basically since my mom knew I loved them she pulled some of her vegas strings for my birthday and got me into the premiere of the beatles cirque de soleil show. see it, think its kinda lame but too starstruck to care, we get to go to the afterparty and there he is, the man himself, Richard Starky or whateverthefuck…. so naturally I FLIP and go omg ringo youve shaped my young life please can I have a picture w you

And the dude, like. Turns around. And does the most fucking cartoon villain laugh I’ve ever heard in my life. Like, puts his hands over his stomach, takes a deep breath and makes this noise thatd Id describe as Santa Claus mixed with Bowser. And looks me right in my horrified eyes and goes, “No.”

Like, I dont know what to say at this pt. I’m 11, my self esteem was pretty damn low, its not really registering to me that one of my childhood heroes is a fucking DBZ antagonist, instead my first instinct is that I did something wrong or I’m just so damn ugly the very sight of me deeply offended Mr. Starr, so even tho Im starting to cry a bit I awkwardly laugh and apologize for the intrusion. And the dude. He just gives me the smuggest “Yeah, thought so” look ever. And gestures to the other side of the room and goes “fuck off, kid”. Then turns around and resumes his conversation about the finer points of Microsoft paint as a modern art medium or whatever topic I imagine dominates the conversations of such an influential celebrity

But like, and this is the most fake sounding part of it, Julian Lennon (johns son from his first marriage, I think hes a photographer or something) saw all this happen. And like, stands there and comforts me for like 15 minutes. I’m ugly sobbing so loudly at this point, he just like gives me a kiss on my head and says things are gonna be ok. I ask him if I did something wrong. He tells me this happens all the time, the dude just really hates kids and kinda people in general. That raised so many questions for me. Is this a regular occurence? Has he comforted other kids who have had their hearts cruelly ripped out by the menace known as ringo starr, or possibly the other slightly less assholish beatles? Like, he seemed like he was so used to it.

Yeah, I threw out all my beatles shit after that. But thanks julian lennon for stopping me from becoming a supervillain hellbent on destroying the entire nation of britain for good. What a dude. I should check out his photos.