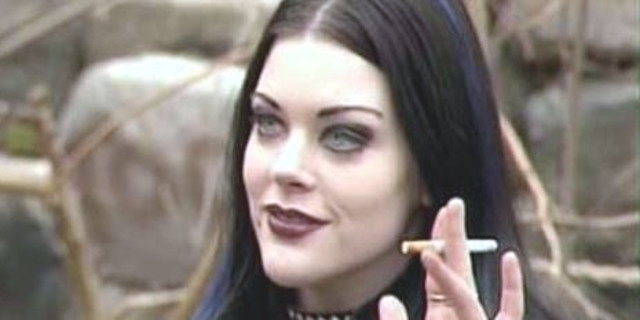 Finally saw the damned thing at Moonlight Cinema Saturday night. This was outdoors at the Botanical Gardens.

The atmosphere was not helped by the twilight, the MCG glare, the city glare or the fucking advertising plane circling and farting overhead. Oh yeah, it would have helped if the film was good too.

Others liked it. Lev enthused: “Not a wasted shot!” Which I suppose is true. Except the credits rolled and I just thought “You gotta be kidding” and felt like throwing something at the screen. I considered the ‘scary’ stuff was just starting. I hate books that finally get around to the action climax ten pages before the end (and, correspondingly, admire books that have three or four, starting no later than three-quarters of the way through, preferably two-thirds), and the same for films.

How about a version set in a goth club: The Bleah Bitch Project. You find yourself circling the dancefloor endlessly, never able to leave. The three of you camp out under the air-conditioning vent, hearing techno in the background and seeing glimpses of bogans in the distance. You discover a ripped-up shred of PVC, stained with your lost companion’s eyeliner! You spend an hour walking with your boots soaked in … yes, well, I think I’ll leave that one right there.

Suggestion for cult status and continued screening royalties: AUDIENCE PARTICIPATION BLAIR WITCH! One wag at the end of this screening started screaming “Jo-o-sh! JO-O-O-SH!” And I do have to say that screaming “Jo-o-sh!” is just about the funniest thing I can think of in the world at this moment. We could do other stuff, like throw sticks and ripped-up bits of gory flannel shirt at the screen; toss pages out of street maps; say “BULLSHIT!” in sync with the fishing guy near the beginning. Your further ideas are most welcomed.