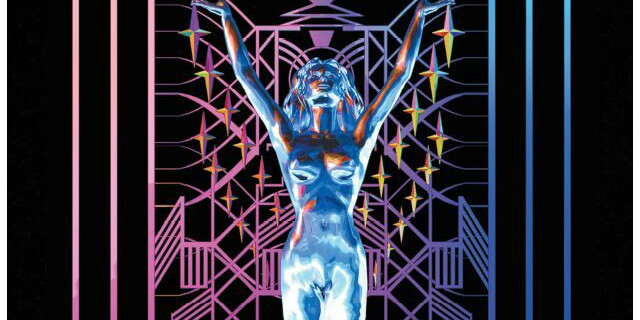 As they announced, these are the warriors on the edge of space and time. Now in their forty-second year of performance and correlating with the release of their twenty-sixth studio album, Blood of the Earth, Hawkwind still deliver the goods when it comes to their diverse blend of space rock, psychedelia, proto-punk, ambient and progressive rock. The crowd too reflected this diversity: ageing grey-beards in Black Sabbath, Deep Purple and Pink Floyd t-shirts, enthusiastic punks proclaiming their preferences to Conflict, D.O.A. and Black Flag, hard rockers in their AC/DC garb and even an eighties indie-pop fan with a Pixies shirt; that’s the sort of range and influence that one finds with Hawkwind. Although it must be mentioned that the crowd were about two-thirds blokes; being a participant in a science fantasy rock universe inspired by Michael Moorcock and Philippe Druillet is still something that some wimmin-folk are apparently less inclined towards.

Famous for their stage performance, the band did not disappoint. To be sure, it wasn’t anything like of the mind-blasting quality from the Space Ritual period, but it was certainly impressive. Supporting dancers Laura and Steph Witchwood managed to change several times throughout the show with highly elaborate and thematic outfits which complemented the audio experience perfectly. Aptly assisted with long-standing percussionist Richard Chadwick and relative newcomer Niall Hone, the band itself has effectively three-front men; original member Dave Brock who plays the role of a modest elder statesman, former road crew member Mr Dibs who looks like a cross between an old biker and Rogue Trooper from 2000AD and Tim Blake. With his wispy hair, wiry frame, drawn skin, elder pallor, tiny sunglasses and penchant to prancing up front Angus-Young style with his keytar, this synth and theremin player looks like a goddamned ghoul. “Hey, who let the ghoul on stage?”, “Don’t know, but he sure can play”, “Throw him another bone to gnaw on!”

The entirely genre-appropriate support act Night Terrors kicked off the evening. Apart from having a great band name and also including a theremin as an instrument these youngsters showed real competence in their performance and are certainly worthy of follow-up attendance.

Hawkwind themselves opened with very old classic “Assault and Battery” before moving on their unsubtle drug-references with the punk rock “Flying Doctor”, a song which, as Brock announced, is very Australian. He also made the comment that it was about 5.20am for the band members, which instantly made me recall a highly appropriate Australian-slang term — sparrowfart (Hawkwind … Sparrowfart … geddit? Never mind). The rest of the set showed a good balance between the wide range of styles that the band subscribed to, with material from their new album well interspersed with classics such as “The Psychedelic Warlords”, “Spirit of the Age” and “Angels of Death”. “You’d Better Believe It” was also performed, an old song that also makes its appearance on the new album, along with the somewhat creepy “Sentinel”. The two-hour set was concluded with an extended version of “Hassan i Sabbah” (a song which is remarkably easy to extend) followed by the classic “Silver Machine” as an encore.

It is very hard to fault the evening’s performance. Perhaps the stage performance could have been even more elaborate, heading towards a literal space opera. Perhaps they could have pumped in even more old classics from their extensive career exhausting these venerable rock gods towards a three hour concert. And perhaps I am deliberately suggesting that this was a superb concert in its own right, at an extremely well-designed venue with a skilled mixer not overlooked. Certainly the crowd thought so and responded appropriately. The elder space gods still reign, allowing the psychonauts of yesteryear and today to find unison in their harmonic chants and sonic explorations. 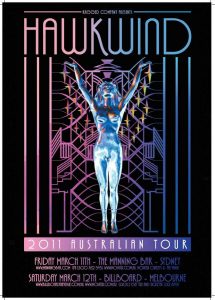