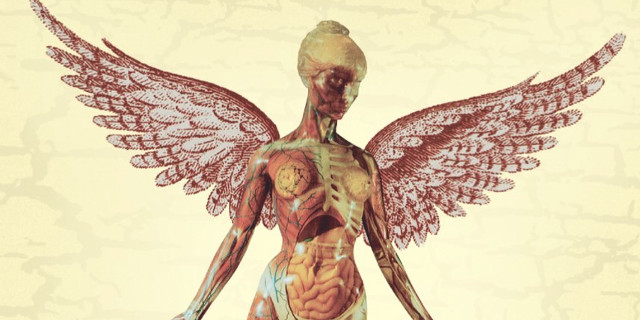 The whiny emo brat subculture seems to have gotten into Nirvana big time. I cured the older teen of playing In Utero all day every day at a zillion decibels by complimenting her taste and mentioning how I got it when it came out and played it lots. Never heard it again. Job done.

But that’s good music listened to badly. (I did this with Joy Division in my youth.) What about the terrible, terrible shit? Lauren Modery at Hipstercrite addresses this increasingly pressing issue.

If my kids ask me why I’m so sensitive about this issue, I will tell them it’s because shitty music comes from people who have money and who constantly stroke each other’s big fat egos. I will tell them that, sadly, the art industries are run by people with neither style nor class, who care more for shock value that ultimately makes them more money.

The trouble is that when I examine my own taste as a teenage record nerd of discernment and consideration, way too much of that was actually inept bullshit too. Early ’80s second- and third-string Rough Trade indie, what the fuck.

6 thoughts on “Talk to your children about their shitty taste in music.”