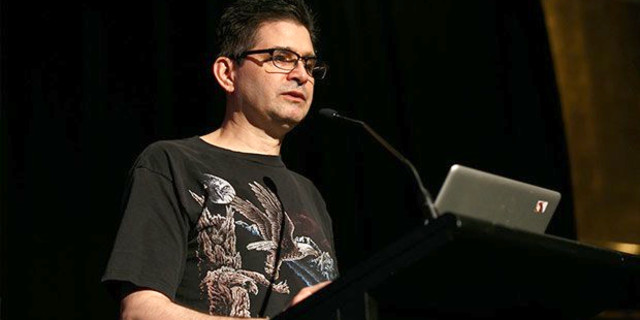 Steve Albini’s 1993 classic “The Problem with Music”, written at the height of the grunge era, when post-hardcore punk bands were getting gobbled up by majors, summarised precisely how bad a deal things were at the time. “Some of your friends are already this fucked.”

In November 2014, Albini gave the keynote speech at the 2014 Face the Music conference in Melbourne, updating how things have changed in the past twenty years.

tl;dr everything is incomparably better for bands and audiences in 2014 than in 1994, entirely because of the Internet. If you think you have it hard now, it’s because you don’t know how badly it sucked then.

That’s quite a claim, of course, and musicians reading this may be sceptical. But Albini sets it out in considerable detail. This piece is every bit as important as the first piece and should be heeded as closely.

So there is a tacit assumption that this money, lost money, needs to be replaced and a lot of energy has been spent arguing from where that money will come. Bitchiness about this abounds, with everybody insisting that somebody else should be paying him, but that he shouldn’t have to pay for anybody else. I would like to see an end to this dissatisfaction. It’s worthwhile to remember from where we’ve come.

You may have noticed that in my description of the mass market music scene and the industry as it was pre-internet I made little mention of the audience or the bands. Those two ends of the spectrum were hardly considered by the rest of the business.

If we’ve learned anything over the past 30 years it’s that left to its own devices bands and their audiences can get along fine: the bands can figure out how to get their music out in front of an audience and the audience will figure out how to reward them. The internet has facilitated the most direct and efficient, compact relationship ever between band and audience. And I do not mourn the loss of the offices of inefficiencies that died in the process.

Statistically, very few musicians make a living at it — or ever have. Successful musicians of the pre-Internet era were 1% of 1%. I was most surprised that Albini not only thinks it’s possible, he’s optimistic.

One thought on “Steve Albini: How The Internet Solved The Problem with Music.”