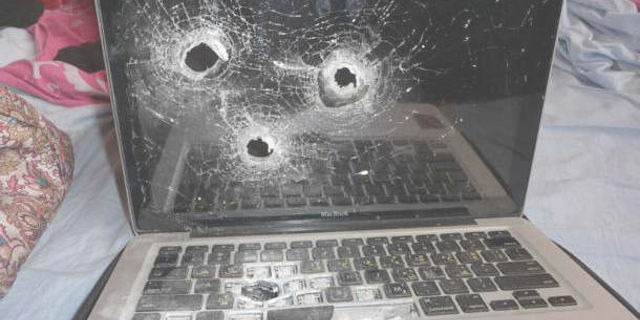 Spotted in The Register:

I get 20 sales calls a day at least, as our organization is relatively large. All of them are unsolicited, and they use shady tactics to make it past the receptionist.

So yesterday, in the middle of a team meeting, an emergency call came through the IT support hotline, interrupting our meeting. One of our help desk guys picks up and it’s a sales guy claiming that he had just been chatting with me, the IT Director, and wanted to be transferred through so he could “finish the conversation.”

This was obviously untrue, as I had just arrived in the office, and I don’t take sales calls. The help desk guy asked if I wanted him passed through to my voicemail, and I said: “I’d prefer that you transfer them straight to hell instead. In fact, we should have a special queue called Hell, playing the most obnoxious music over and over again.” The guys start joking: “It could be playing Barney.” “It could be playing ‘The Song that Never Ends’.” “It could be playing a detuned or desynchronized version of a Smash Mouth song.”

Our seasoned help desk vet says: “I have just the thing!” and plays the most god-awful song I’ve heard in my life. Everything in the department stops, and then everyone busts out laughing. We are actually a well-oiled IT team – we’ve worked together for years. My background is in film soundtracks and audio production, and my senior network admin’s is in broadcast radio audio engineering.

We all just suddenly started working on it like we would any other problem – our help desk guy is converting the song to WAV, our senior netadmin is logging into the phone system and downloading some audio editing software, and I started working on the synthetic voice. I had actually been writing an automation the day before using PowerShell, Microsoft’s built-in management scripting engine. I had found a speech synthesizer module built into every version of Windows, and I had been running it against groups of remote computers so that they would all begin speaking at once – it was kind of creepy.

I pull up that script from the day before and started creating the text that would be turned into the voice you hear in the recording. We were sending material back and forth, and our senior netadmin was handling the sequencing and mastering. Literally every person in our department was contributing in one way or another – it was really a team effort, and I’m proud to have built such a strong collaborative, business-oriented team (haha). We decided to start off with the audio at one-quarter volume, and then we ran it a 100 times through an amplifier plugin in order to break the digital clipping barrier and create that “nails on chalkboard” effect.

We edited and snipped the audio, pitched shifted a few things, and generally set out to make literally the worst recording ever. Once finished, we uploaded it to the phone server and created the queue to repeat eternally. We assigned it extension number 666. Once in the queue, any button you press once in this queue restarts the recording. Our new department policy is: when sales people call they are to be transferred straight to hell.

I’m working on a follow up script that will notify us via email when someone breaks a record for holding the longest – we’ll see which companies want our business the most, and I only hope that I can reach out and touch these salespeople in the same way that they touch me every day. We threw this up on Reddit, but also shared it with our friends.

Extension 666 was the extension used most in our office yesterday.

I’ve spent thirty years listening out for the most obnoxious and intolerable sounds available. The music that will ruin your world in thirty seconds. I like to think I know a thing or two about this general field of endeavour, if you will. I’d mark this as a contender. Be sure to turn it up.