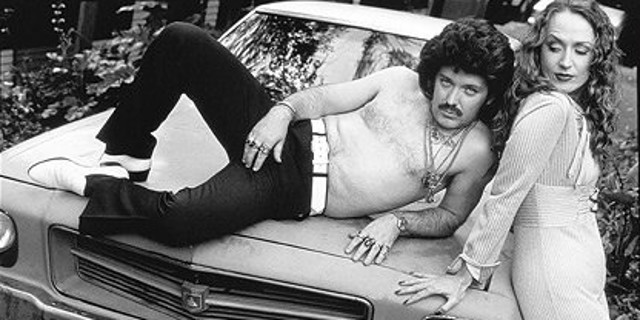 Just rereading the Dave Graney interview I did in late 1992 for Party Fears. This was when no fucker cared about Dave Graney, after his indie hipness fronting the Moodists in the 1980s and his artier cowboy rock’n’roll in the late ’80s and early ’90s.

He’d washed back up in Australia and was getting the songs together for his “fuck it” record, where he deeply gave no shits about any other fucker whatsoever. Got some cash from his publisher, used it to record an album he then shopped around. That turned out to be Night of the Wolverine, an Australian top 10 that made him a rock star for the next five or six years and remains renowned to this day. He won “Best Male Vocalist” at the ARIAs one year and promptly ran ads everywhere proclaiming himself “the King of Pop” and wearing a crown. He came to fame in his thirties, so he had enough life experience ballast not to fuck it up. A Fire Records contemporary of Jarvis Cocker from Pulp, who had a similar career trajectory; I understand they’re still mates. 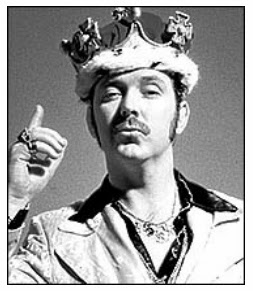 So I hopped on Spotify and put his name in. Let me tell you, I am delighted. Mr Graney is an active participant in the Spotify experience, public playlists and all. I was most pleased by his “covers” list, where I got to hear Dave Graney doing “New Face In Hell” by Mark E. Smith and the Fall. I’m always disappointed when he uses his cod-American accent instead of his Australian one. Dammit Dave, you’ve got the voice, your laconic tones are an unstoppable expositional bulldozer.

I tried the generated Dave Graney “radio station”. Jesus, it’s fucking terrible Australian ’90s indie rock. The stuff contemporaneous with grunge, but not quite taking part. You Am I, I mean they were quite okay for the sort of band that enters the album charts at number one, and I remember Russell Hopkinson being very pleased how well the early rehearsals were going. Magic Dirt, one of those bands who were clearly not talentless and were always nearly there but never … quite. Ammonia, who were about the worst indie band in Perth, and therefore the most successful. The Cruel Sea, which was hopelessly square peg frankly disturbing indie genius Tex Perkins some-fucking-how topping the mainstream charts with inoffensive but not terrible workouts. I remember my brother-in-law’s CD shelf at the time: Billy Joel, Cruel Sea, John Farnham. At least Ed Kuepper ended up in there, in his early ’90s fit of releasing an album with one band or another every four months.

This. This sort of Triple J bullshit. This is the shit that made me give up following indie rock. Damn this shit. Damn it to hell.

Dave Graney himself of course remains way cool. You should go and give him all your money. It’s in your utilitarian best interest.

(I am SO PISSED OFF I missed Dave and Clare playing in London a bare three weeks ago. This is what I get for aggressively not keeping up with shit.)