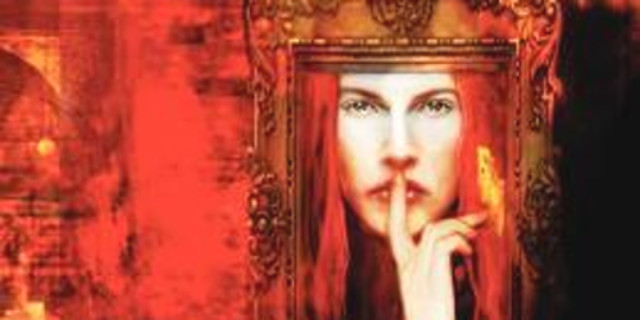 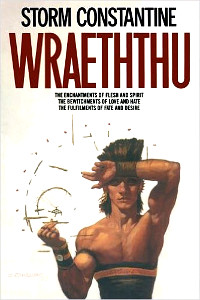 I read the first three of these things when i was shacked up with a goth (of course) who was a writer (yes, I should know better than to hook up with artists) and the owner of literally a bookcase full of every vampire and vampire-adjacent novel she could find, of any quality or none. Storm Constantine got points for being a goth herself, of course.

These were Constantine’s first published works. She apparently wrote much better stuff later (which I haven’t looked at and probably never will), but unfortunately none of it sold very well, so milking the Wraeththu fans with dismal and unbelievably shitty spinoffs (e.g. the second trilogy) is what she has for a living now.

There is also an even worse role playing game, basically author-blessed fan fiction (“GIVE ME MONEY”), originally written as a fanfic resource guide, which is best experienced through the glory of the Darren McLennan rpg.net review. (The loved one has played the game and attests to the accuracy of the review.) “YOU’RE GETTING YOUR ASSES BEATEN BY BISHONEN, FOR FUCK’S SAKE. MOTHERFUCKING PSYCHLOS HAVE BETTER MILITARY STRATEGY.”

On the Divabot Trashy Glitz Scale, I somewhat enjoyed the first trilogy for the aesthetic. But they were incoherent books that made no fucking sense, and even less fucking sense on a second reading. I didn’t give them a third. I didn’t read the second trilogy; the loved one did, and remembers it with a shudder.

The worst thing is that the Wraeththu books are quite definitely goth as fuck, much as I might wish otherwise.