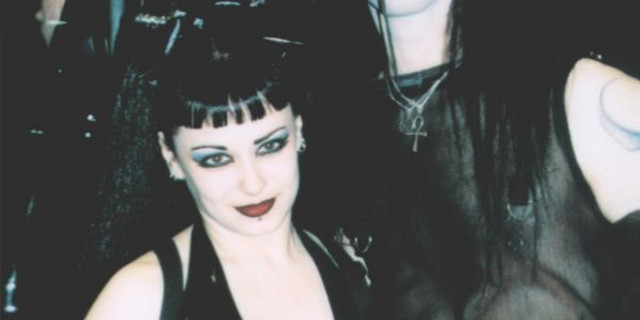 Back in the ‘90s, sociologists and students seemed desperate to find anything resembling a subculture to write about. I ran a fanzine, remember, and was fending off calls regularly. They were a plague.

This was just before Nirvana hit big. It was blindingly obvious to everyone in indie rock that someone was going to hit super-big at some point. Will it be Sonic Youth! They got a major deal! … and no, Goo sold pretty well but not spectacularly. Will it be Mudhoney! … no, they did two great singles and a good cover and the rest was uh okay. … Nirvana? The ones who did that crappy album Bleach? How the hell did they get good. Wow.

(I remember the first time I heard “Smells Like Teen Spirit” in early 1992. I was in a pub beer garden discussing a prospective road trip with friends. [If anyone reading this has a copy of The Good Fight #1, please send me a copy of my bit, which writes up the story.] It came on the radio, which was the local AM chart station. My first thought was “oh, the Pixies scored a mainstream hit? Well done, Pixies.”)

(Cousin Creep got the first offer of an Australian licence for Bleach. He turned it down. [‘Cos really, it did and does suck a bit.] Waterfront took it up and did not too badly when Nirvana hit big a few years later.)

So it was a scene that (a) knew important stuff was brewing (b) was obsessively introspective with a ton of discourse. I mean, I was a ziner. The zine network was very much a thing and people read each other. It really was a very slow moving Tumblr. So we really really wanted to TELL THE WORLD ABOUT OUR STUFF.

Enter sociology students desperate for material. Which they then made a fucking hash of.

I think we were hoping for Proper Academic commentary that would tell us interesting and useful stuff about ourselves. Instead we were fodder for terrible useless rubbish that was created to be written and not under any circumstances read.

(Open source software got the same treatment, for a parallel. Parasitical publication-credit churns like First Monday. Everyone was so hoping for something useful to the discourse that was already going on, not intelligence-insulting inanity that didn’t understand the first thing of what it was talking about and didn’t care.)

After a couple of those I started grilling them when they called and saying I wouldn’t help unless it was helpful to the existing zine world discourse. Or at least not inane bullshit.

(I forget my precise wording. I think the tipping point was one who wanted me to tell them about a particular argument in the Perth hardcore punk scene, so they could write it up. Literally, punks in one share house having some ongoing dispute with punks in a different share house, except there were shades of musical genre involved so those names could be dropped. I demurred politely, but I was thinking “fucking what.”)

What sociologists I encounter these days are vastly better-behaved, probably because they realise their subjects can and will in fact talk about them afterwards. There’s actually some awesomeness out there. I recommend Paul Hodkinson, who got his Ph. D. thesis on goth published as a really very good book that continues to sell okay, i.e. stupendously well for a Ph. D. thesis. He’s also a top bloke. Of course, he knew very well all his friends were going to read it with an acerbic eye.

So I think it’s probably much safer out there these days. But I haven’t had any calls in over a decade and I’m curious to hear what it’s like now.

“Sociology as a discipline is still reeling after so many fine sociologists disappeared into Second Life and have yet to emerge.” (Dr. Doug)