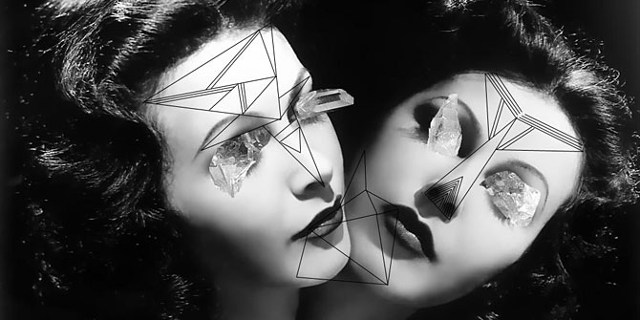 Witch House is a made-up genre that became real. It was invented as an in-joke and now goth DJs claim they play “witch house”. Perhaps the secret ingredient is the gr▲†u‡†Øu§ Un‡cØd3.

The closest to a plausibly useful description I’ve heard is “goth with trip hop beats”, but we got that with Switchblade Symphony in the ’90s and it’s mostly not accurate in practice; the normative item tagged “witch house” is minor-key techno at 80bpm. With occasional rapping about witches. There’s not a lot of coherency, though — people even tag Lich “witch house”, to which I can only say “wat.”

(Here’s a random witch house mix off YouTube; I picked this one for the “skip track” function. In goth club terms, I’m finding this worse than first discovering the Slimelight techno floor in 2002. But then, I did declare in 2001 that I could do with never hearing “She Sells Sanctuary” again for the term of my natural life, so I don’t really get to object too strenuously when the kids do come up with something new. The best of it reminds me of obscure early ’80s bedroom industrial, though with a much better drum machine.)

Maybe the kids in black just wanted a new euphemism to embrace. “We are totally not a bunch of goths or anything like that despite the glaringly obvious nature of our musical style, influences and appearance. How dare you sir.” (See also “darkwave” and “coldwave”.) The imagery is Tumblr restarting the concept of “spooky” from first principles. To be fair, we did play it out pretty thoroughly.

Not that “goth music” has ever been coherent, it’s embraced full-on trance bloomin’ techno in living memory. Never trust a subculture, because culture is not about aesthetics. Someone did helpfully add witch house to the Wikipedia “goth” template, so I guess it’s official.

But! I have been pointed (HT Benton Smith) to THE COMPLETE AND HELPFUL ANSWER to WHAT WITCH HOUSE IS AND MEANS! And how to make it yourself!

Same dude has a whole series on the various hairsplitting techno subgenres. I particularly liked the vaporwave one, which is like someone transposed Tumblr to YouTube:

(Nine hundred frickin’ bucks for a copy of FL Studio? Try LMMS for free first, good Lord. Copied from Inspired by FL Studio when it was still called FruityLoops, before it got airs.)

Genres are made-up rubbish, fostered by a shadowy cabal of record company marketers and rock journalists desperate for something to say, but I repeat myself.