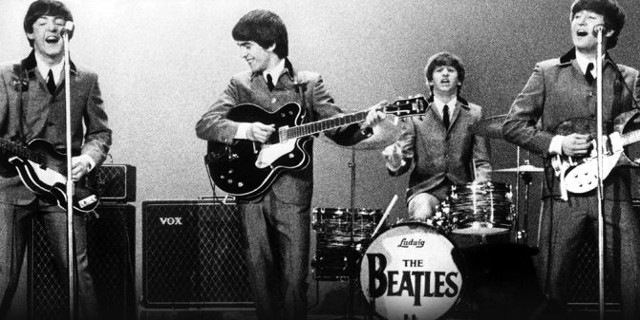 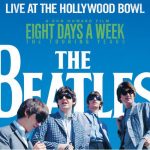 The trouble with the Beatles is not that they aren’t mindbogglingly important (they are) or indeed actually good (they are), it’s that you can’t get away from them even in 2016. They are actually so famous and so important that it’s almost impossible in the present day to understand how and why. The Shakespeare of pop.

But the substance underlying the legend is worth it if you’re a music nerd. You need to be able to come back and realise “oh that’s quite good isn’t it, McCartney really did throw out the rules on acceptable hit pop song structures didn’t he” and so on. In my case it took abstaining from FM rock radio for about a decade then having a housemate who was eighteen and discovering the Beatles afresh. I’d spent much of the previous decade listening to Perth jangle pop bands who were really obviously all over the Beatles, even as their name never came up. So there I was listening to The White Album from the other side of the house and going “why didn’t it click that’s where Dom got that one …”

(Well. It came up hanging out with the Rainyard, and Liam and Brad arguing over Beatles records going “Paul wrote that bit” and “oh, but John wrote that bit.” Even though I suspect they got these the wrong way around …)

Pop rapidly restandardised once songwriters who weren’t as good as McCartney with a hook or a structure tried, failed and went back to basics. Verse, chorus, verse, chorus, bridge, chorus, chorus, as the KLF told us and those damned fools listened. You can now go back and listen to the Beatles, work out the structure and go “how on earth is he getting away with that” with reference to the present day’s backslid pop construction.

(The usual answer: McCartney’s hooks are ridiculously viral, leading you into and through the odd structures that do turn out to make sense, even when said hooks are cheesy as hell. Also, he only really got into the odd structures when he was already super-famous; early Beatles is very straightforward.)

Or not, of course. You’re not somehow culturally obliged to dive into this stuff. Going “argh fuck, not the Beatles, fuck off” is a reasonable option.

But! Even then, you can get a useful bit of cultural literacy from the recent Satanic-sound-engineering-tricks edition of Live At The Hollywood Bowl, the Beatles’ 1964/1965 live album. 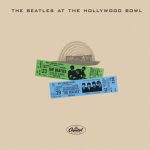 This album was first released in 1977 as The Beatles at the Hollywood Bowl. Capitol had tapes of some shows (one in 1964, two in 1965) recorded to three-track. George Martin did his best, but they were almost unusably bad — the recording was overwhelmed with the sound of the audience screaming. The record was only put out at all because some recordings from their Star Club days were going to be released, and they felt they needed something to counter this. As the first new Beatles in seven years, the record went straight to number one in the UK and US. But it was widely unloved, because the performances were good but the recording was frankly shit. These were the only official Capitol recordings never to be reissued on CD.

Until now. Giles Martin, son of George, is also a sound engineer. And he took these tapes and applied scurvy tricks of the sound manipulator’s art to them, extracting each instrument as best he could, then mixing the result back together. So no overdubs or timing fixes, just recovering the playing as it was and mixing it in a usable form.

And it works. You can hear everything! The instrumental interplay is preserved, even the screaming is preserved — though now it’s a band with a background of screaming, instead of screaming with a background of a band — and you can hear these overfamiliar songs being played afresh just as they were in the first flush of the Beatles’ stratospheric impact upon culture. And you know, it shows they were in fact a good band with good songs who could play well together.

The restoration was for a film soundtrack, but this is a good record in its own right that even if you don’t like it you’ll find it informative. On sale in the usual haunts, or preview it on Spotify.