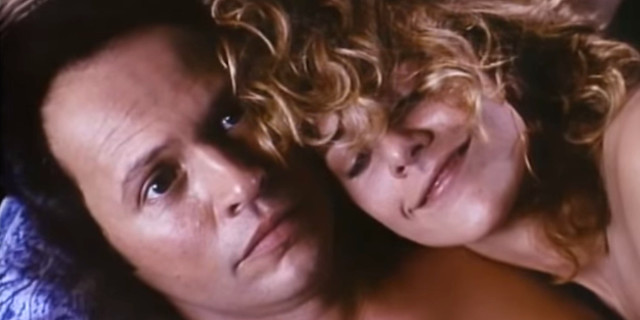 Back in the day, the discerning pop kid had to negotiate the hazard of off-licence hit compilations. You could buy the ones put out by the record companies, with ten or twelve hits as actually recorded by the bands … or you might find yourself with an off-brand rerecording, featuring session musicians re-rendering the works of the stars. Usual telltale was the cover having only the names of the songs, not the artists. I remember one hilariously terrible version of “Sexcrime” by the Eurythmics where the singers tried to sing the chopped-up vocal at the beginning in real time.

The kids of today can also experience this singular joy. A reader of A Journal of Musical Things noticed something amiss with his shiny new DVD of 1984 film Romancing the Stone:

We watched it and it was…off. It took us about 30 minutes before we put our finger on it and realized the musical score had been changed. Our copy didn’t even have the title song on it. We were sure it was a bootleg.

The issue: companies who had purchased the rights to 1980s movies, but without bothering to pay for the rights to the music. So they just … re-scored the movies with some extruded substitute music product!

This is actually standard practice. Other victims include When Harry Met Sally and WKRP in Cincinnati, whose DVD box buyers were not pleased.

It happens in other places, often killing a release. The 2010 video game Alan Wake ends each scene with a reasonably noteworthy piece of music — David Bowie, Nick Cave, Roy Orbison — and it’s about to be deleted because licenses for the music have run out, and they aren’t replacing the backing with extruded substitute music product. They’re trying to relicense the music, but with no time frame.

Games have been affected before, but usually it’s specifically music-based titles (particularly the Rock Band series). So hold onto those tapes, disks, recordings and downloads.

One thought on “Soundtracks replaced with extruded substitute music product. If you’re lucky.”