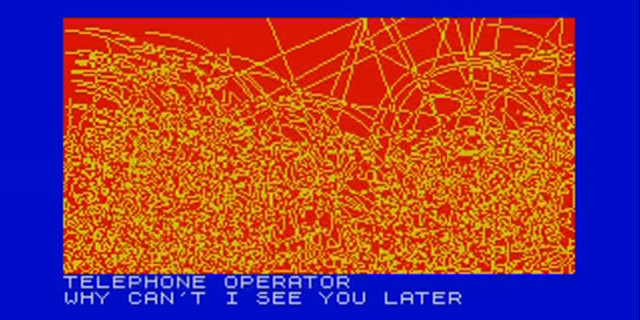 Bauhaus have released the other recordings from the “Bela Lugosi’s Dead” session. Here’s David J talking about the session.

The WFMU Free Music Archive has found a new home — it’s been bought by camera and gear rental marketplace KitSplit. Can’t say I see the synergy myself, but it’s probably better than nothing.

This is 100% my jam — how Rough Trade, Mute and Factory Records reinvented British music.

There’s a new Boy Harsher album, Careful, coming out in February. Here’s the videos: “Face The Fire” and “Fate”.

What’s important to understand about entertainment from the 60s or 70s or 80s is that the entire audience is lead-poisoned, poisoning their kids with lead, pumping drugs cut with industrial solvents bought outside their kids’ schools, which are also poisoning the kids with lead.