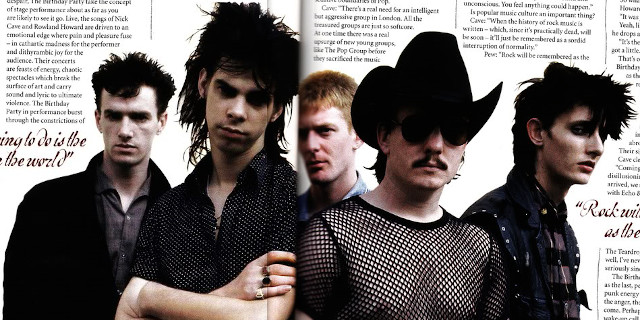 I love this magazine photo of the Birthday Party. You can see Phill Calvert at the back, looking cut’n’pasted into the photo.

Nobody ever thinks of Phill in their Birthday Party nostalgia.

I saw Phill in 1986 playing with Blue Ruin, who were pretty darn good. They’d come over to Perth to record their second album, Flame — it was apparently cheaper to record at Planet and stay in Perth for two weeks than it was to record the album in Melbourne. I interviewed the band (PDF, pp16–18), though I only spoke to Phill slightly in passing. Seemed a good bloke.

Phill got decent coverage in Robert Brokenmouth’s book Nick Cave: The Birthday Party and Other Epic Adventures. This book is really 100% about the Birthday Party, but the publisher correctly surmised that vastly more people in 1996 would buy a book about Cave than about his barely-remembered pre-solo band.

Robert interviewed every person around the band — all living members apart from Cave, roadies, friends and so on — that he could grab to talk about their time in and around the band. This is an attempt at the definitive story of the Birthday Party. I think it succeeds. 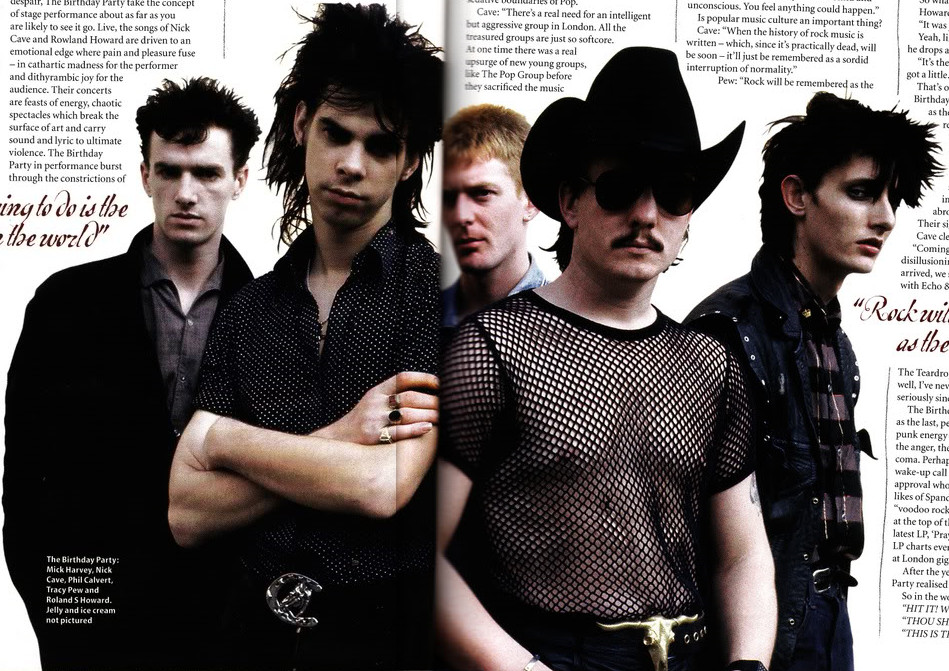 Robert stayed on my floor for a few days while interviewing people in Melbourne. I also got a copy of the book to proofread and do printouts of. The quote in the book from me is actually a note I scribbled in the margin while proofreading it.

The book actually got me out of trouble with the police. I was attending Victoria University of Technology, as it was, in Footscray at the time, and I spent most evenings in the SRC office abusing their Internet connection. (As well as their printer.) I wandered through Footscray to the train station, saw I’d missed my train to get back to Brunswick, and headed back to the office to camp out on the couch. 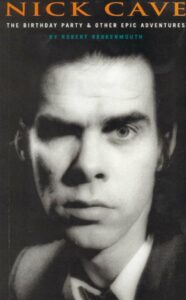 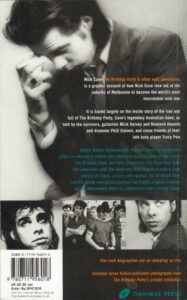 In fairness, as the big bloke with the long hair and the leather jacket, if I were the police I’d have stopped me. I explained to the nice officers that I wasn’t skulking about the streets of this particularly heroin-soaked suburb in the pursuit of drugs, but was in fact a stray academic. (Well, undergrad. But close enough.)

They asked to look in my bag. The printout of The Birthday Party and Other Epic Adventures — the bloated 200,000-word original, not the svelte 100,000-word published version — demonstrated my bona fides. The young constable also complimented my CD of In Utero by Nirvana. Evidently age 29 was old enough for me to start noticing how young policemen were looking.

In Melbourne, heroin is available from gumball machines on every street corner. Whenever I was particularly sleep-deprived, pissed off or both, I’d get junkies trying to score off me. They’d get really upset when I wouldn’t sell them anything, thinking they must have grievously offended me. Evidently I’m scarier than I think of myself as, in a way that particularly fit Melbourne.

Nobody has ever tried to score off me in London. Of course, these days I look like a skinhead thug poured into a suit, about to threaten someone in a comedy criminal Cockney accent.

Anyway, The Birthday Party and Other Epic Adventures is a fantastic read, and anyone reading this who’s heard of Nick Cave should check it out. A lost classic. You can get it for £100 on AbeBooks in good condition, or £20 on Amazon beaten to shit. Robert should put it up on Kindle.

Update: Robert was coincidentally interviewed on I-94 Bar today.