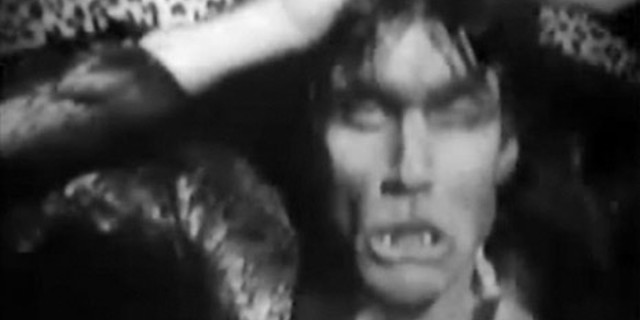 It was mid-1986, at the Red Parrot in Perth (name and logo blatantly nicked from the New York club of the same name) in Perth. I was nineteen and had been going out to see bands and drinking in earnest for six months. The Cramps had played (the Canterbury Court Friday 22 August 1986 show, I think) and went there for after-show drinks.

END_OF_DOCUMENT_TOKEN_TO_BE_REPLACED

An item alluded to in epic-nerd-level Cramps coverage, but so rare nobody was even known to have a full copy. Here in the astounding