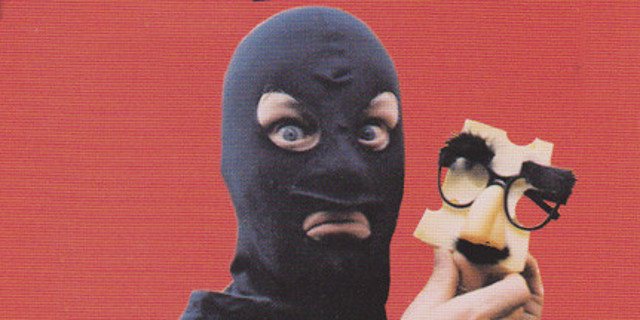 Disclaimer: I host a site called TISM Self Storage, and Jock Cheese is the bass player of TISM, and I could therefore be considered to be inappropriately well-disposed to this CD. However, I was just as horrified as you would have been to find out that a TISM side project was actually coming to fruition, and only bought the CD because it was heavily discounted AND came with a Big Day Out bonus disc. The press release for this CD acknowledges the fear and loathing that the words “side project” bring to mind in connection with anyone who isn’t Mike Patton, parodying recent statements by Pete Townshend and arousing pleasant memories of the era when TISM were vicious and tasteless.

So is it any good? If you’re a TISM fan, will you like it? If you fucking hate TISM and wish they’d fuck back off to their fucking Camberwell Rotary meetings, will you like it because it doesn’t sound like TISM?

Given that the lyrics are by Cheese and two songwriters credited only as “HBF/RHB” (gee, wonder who that could be), you probably know what to expect lyrically. A lot of it sounds like it comes from the same headspace as www.tism.wanker.com – “I Done It With The Drama Teacher” has the same icky sentimentality of “You Gotta Love That”, “La Traviata” is a younger version of “The Men’s Room”. “Why Don’t You Get A Bigger Set Of Tits” is stripped of all meaning by the lawsuit avoidance technique of dropping the names of the players on the lyric sheet (depriving the song, apparently written as one of Ron’s diatribes, of a punchline).

Musically, it’s not the disco-schlock-meets-Malcolm-Young that TISM now specialise in, being commercial in an early ’90s Triple J way. I still liked Triple J in the early ’90s, but you may wish to regard that as a Parental Advisory. “Don’t Burn ‘Em All JD” sounds weirdly like Died Pretty’s “DC”. That and “Dave Graney’s Country Idyll” are excellent, “Up There Calisi” is pretty good, and I really like “Great Rabbit In The Sky” even though it’s the most obviously novelty song on the album. Still, I wonder what radio station would find these songs fitting in to their programming?

I guess the question I have to ask myself is “would I have even considered this album if I didn’t know it was by someone in TISM?” I’m still not clear on why these songs aren’t on TISM albums (especially considering TISM’s apparent ambition to release every single thing they have ever even contemplated recording), but it’s not bad value for the ten to fifteen bucks I’m very confident JB HiFi will soon be charging for it.