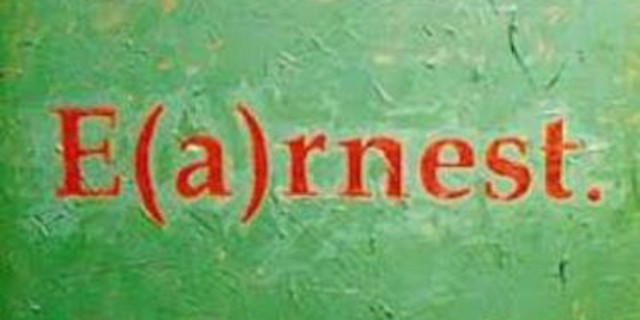 Long term fans of Mr Salmon’s heavier works may have been in the main disappointed by the musical detours of recent years (a subject he actually canvases on this album), but nevertheless respect was always due for the fact he had decided to go his own way rather than merely retread the past.

For those who baulked at his forays into pop edged soul and techno the last year has however held the twin pleasures of a series of powerful Scientists reunion shows followed by this highly impressive solo effort.

Charting yet further new ground E(a)rnest sees Salmon opting for a largely laid back acoustic album that despite touting crisp production has all the feel of a series of home recordings knocked out at four in the morning. The opening one-two punch of ‘Independent Rock’ and ‘Too Much Music’ sums up much of the album’s appeal with the former encapsulating a plaintive pop pun while the latter goes all out for cracked bravado.

Whilst there are touches of Cohen, Hazelwood and even Gainsbourg to be found here the overall sound, delivery and ironic humour are all Salmon’s own. A perfect album for that Sunday morning coming down.