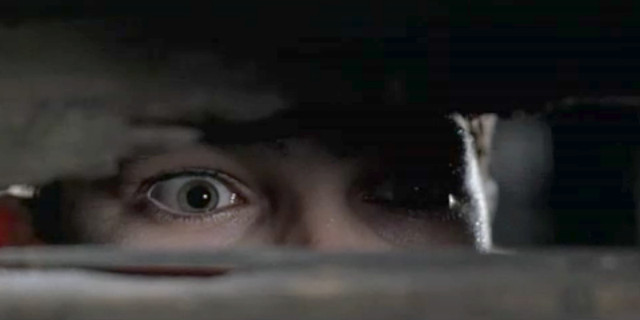 Looks like Tom Hanks, Paul Newman and Sam Mendes are prematurely dusting their Oscar shelves for the release of the grim gangland drama Road To Perdition.

Pull out the checklist and see if the ingredients are there: gritty, atmospheric 1930s Chicago setting? Check. Tale told through the bright eyes of a cherubic urchin in a flat cap? Check. Cast of MOR box-office guarantors stumbling through ‘edgy’ roles? Check. Visually rich cinematography and sparse, heavy-handed dialogue? Check.

This slice of Irish gangster life is based on a graphic novel about a family-oriented but methodologically crude hitman played by Hanks, a sinister Godfather-figure played by benevolent spaghetti sauce tycoon Newman and Jude Law as a chemically unbalanced balding assassin. American Beauty-director Mendes spreads the smoggy mood on thick, the audience not seeing an exterior until about a third of the way into the film. As said urchin (likely cast not for acting prowess but the amount of freckles across his button nose) joins his father on a road trip following a series of gruesome murders, they learn to connect with each other Oprah-style.

Sadly, this film’s weighty premise is burdened by its own sense of self-importance. Hanks is barely there as a father discovering his son and entertaining his morally dubious revenge fantasies. As for Newman, his scenes brim with homespun Irish blarney, and Jude Law’s character is a bizarre cartoon.

No matter how much gravity anyone in this film can desperately try to inject into the distinctly trite script, the film ends up looking like a Rockwell painting with gunshot wounds or a slightly more mature Bugsy Malone. Road To Perdition is a painfully sincere period piece regarding honour among thieves. And if by tacking on bloody scenes and a downer ending Mendes thinks it’s going to gain respectability, he’s got a long wait for another gold statuette coming.