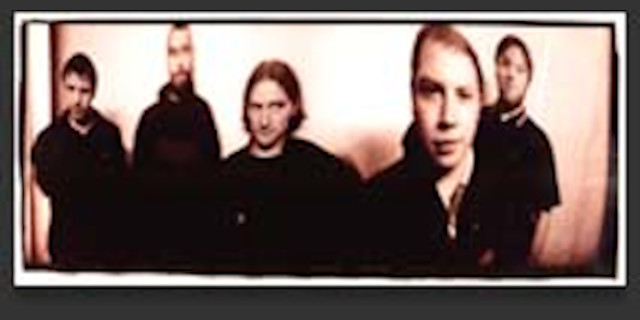 Seeing Mogwai live was a rollercoaster of a night in emotional terms. And it is on these terms I find myself most involved with music I adore. I have heard only a small amount of Mogwai’s music, but from what I knew I was expecting a wall of noise of My Bloody Valentineesque proportions, and I was not disappointed.

The support band Decoder Ring I’d never heard of. Each other state got … Trail of the Dead as the support, but not Melbourne. I can’t say anything specific about a band I dont know and came in halfway through the set of, but I was impressed. Think Sonic Youth meets the Velvet Underground in a tank. Their last track “White Tiger” was an impressive wall of noise.

Which led into the main performance nicely.

I have this thing about in-between band songs being played from the mixing desk, and how that leaves an impression on me about the band to come. I don’t know if those songs are picked by the band, or just the guy on the desk, but when I heard “Agenda Suicide” by the Faint I was really pleased and it got me in a nicely hyped mood.

When Mogwai came onstage the crowd cheered, but the interesting thing was they didn’t press forwards like you’d expect at a “rock” gig. People stood their ground even in the front rows. I guess they knew what was to come.

And what came was over an hour of aural assault, the likes of which I’ve never experienced before. At times the music was sweet – during the flute section of “Mogwai Fear Satan” I turned and commented to my friend that it was good to see them actually playing a flute, and then a wall of white noise leapt out and smacked me in the face the minute I opened my mouth.

Moments of sheer solid whitenoise bliss would hit me in a wave and I was standing, transfixed, a huge grin on my face, feeling the music. It was everything My Bloody Valentine should have been and (apparently) never were live. “2 Rights Make 1 Wrong” worked really well, with a vocodered vocal and some great digital-sounding effects weaving in and out of the layers of shimmering guitar and bass.

But the last track, “My Father My King”, was the undoer. It went for something like 20 minutes and most of that was almost unbearable sheerings of guitar feedback and strobelights. It looked like one of the guitarists busted most of his strings towards the end of the song. They were getting the most fucked-up feedback and sounds out of their instruments imaginable. People around me were plugging their fingers in their ears but everyone stood their ground. I kept wondering if I could withstand it much longer, my head and chest vibrating, my palm flat against my stomach, but it was an almost masochistic pleasure listening to it. Noise and pain, sure – but every note, every drumbeat and bass note and guitar twang was clearly audible, even without earplugs – the mix was perfect.

When I went out onto the Prince of Wales balcony afterwards I honestly couldn’t hear anything. Ive never had that happen before. I sat with some friends and we talked about how it felt and had some water and just recovered and let the buzzing in our skulls subside.