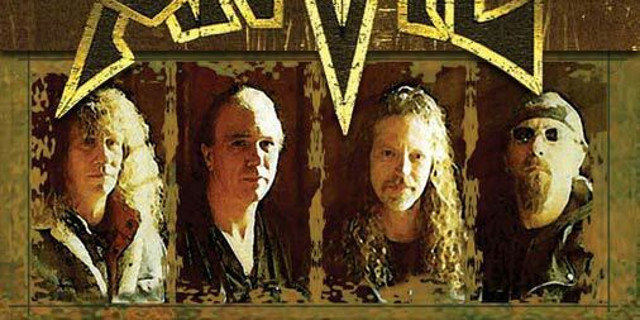 After screening at the Melbourne International Film Festival last year, Anvil! The Story of Anvil is to go on general release in Australia in September. Yesterday there was a special screening at the Nova in Carlton followed by a chat and Q&A with Steve “Lips” Kudlow and Robb Reiner from the band and the film’s director Sacha Gervasi, which I attended.

Releasing their first album independently in 1981 and cited as influences by Metallica, Slayer and others who went on to great success, Anvil were in the right place at the right time to capitalise on the resurgence of Heavy Metal worldwide in the 80s. However twenty years later, despite still releasing albums, they were forgotten by all but the most diehard fans and metal rocknerds. So what went wrong? That’s what Gervasi, an old fan of the band, wanted to find out. I found the film inspirational; while there are moments in the film which could have come straight out of This Is Spinal Tap and leave one cringing, at the film’s climax (a word one is hesitant to use when discussing Lips, infamous for his lewdness) the audience cheered, because unlike Spinal Tap, Anvil is made of real people.

2 thoughts on “Anvil! The Story Of Anvil”