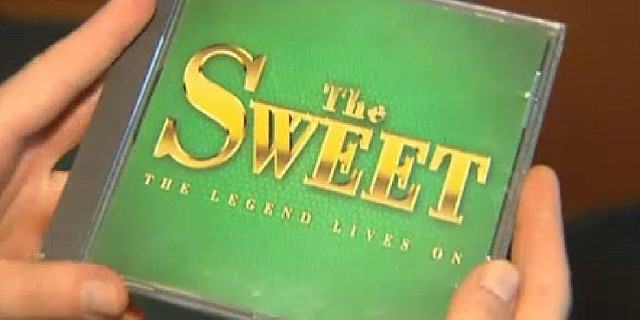 Some musicians — I’m sure none of you reading — are observably fucking delusional about business, relationship management, reputation management and what copyright actually is and how it works. They are certain that the three chords and the melody they know damn well where they nicked ’em are MINE MINE MINE and no-one else is allowed to think about them until the end of time without coughing up. They act like the kids who make LiveJournal icons out of other people’s images for fan fiction then hit the goddamn roof when someone STEALS their ORIGINAL CREATION.

Today’s example is Andy Scott, one of the surviving members of The Sweet and in one of the two bands touring under that name. Mr Scott keeps a keen eye on technological developments relevant to his career interests, and thought he was onto a winner when he saw someone daring to sell an obvious bootleg on eBay for one euro. He claimed it was a pirated copy and demanded €2000 from the fellow, but the scofflaw in question insisted it was a disc he’d actually bought and could actually sell for 80p if he wanted to. Scott went to court asking for €36,000. When the scoundrel opposing proved in court that it was his bloody CD, Scott changed his claim to say he owned the “copyright” on the name, so definitely deserved all the money from any second-hand sales. The court told him to fuck off, funnily enough.

Copyright, it’s like oxygen. Too much and you get high. Still, I’m sure Scott is pleased to have established a good European precedent protecting second-hand record sales.

One thought on “And the man at the back said everyone attack and it turned into a courtroom blitz.”