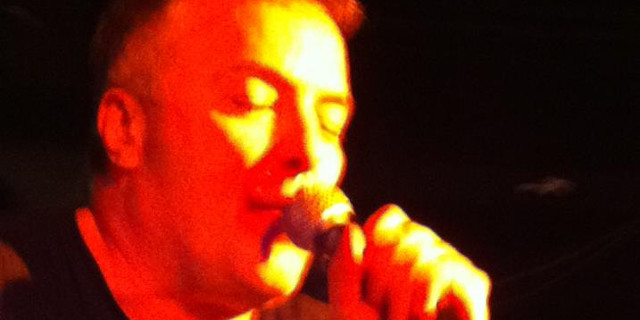 In my much younger days, like many others with simultaneous libertarian and socialist convictions, a gravitation towards the political side of punk rock had a certain inevitability. On one side of the big pond The Clash and Crass were the big names in this particular genre, albeit with their own significant differences in style and in substance. On the other side, there was the Dead Kennedys, who performed with music that was hard, fast, and competent and lyrics that combined the insightful and absurd. As a result, the appearance their former lead (for goodness sake’s people, patch up those differences) as part of “Jello Biafra and the Guantanamo School of Medicine” was greeted some interest, although past experiences of The Corner as a venue (e.g., the Buzzcocks, the Sisters of Mercy) did lead to some potential of concerns of the sound quality.

These concerned proved to be unnecessary. Whoever did the mixing that night did a superb job, and just to test that it wasn’t just dumb luck from where I was positioned, I traversed to different angles and places to test this welcome surprise. Satisfied with the experience, I gravitated towards the front of the audience; bespectacled, middle-aged, portly, with a pony-tail and a Hawkwind t-shirt I can only imagine the bemused look my teenaged self would have given to such a figure. The t-shirt, by the way, was not just an expression of my own somewhat diverse tastes in music, but also an act of musical solidarity – at the Hawkwind concert just over a year prior a good number of young punks turned up advocating their other band tastes. 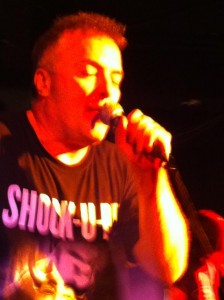 Starting with the “The Terror of Tinytown” (which really does sound like a Hawkwind song in its own right), “John Dillinger”, and “New Feudalism”, it was quite clear what sort of night it was going to be. Between songs Biafra took the opportunity to advocate and inspire on local and international political issues. Also true to expectations, there was more than a modicum of stage diving and crowd surfing, and it seemed that the band were good enough to bring along their own speciality bouncer to give people an extra shove over the edge. When Jello himself took a leap, it set an additional level of legitimacy for all-ages moshing behaviour.

The show continued with the popular “Panic Land” and “Barackstar O’Bummer”, before launching into the first classic of the evening, a cover of the Dead Kennedys hit “California Über Alles”, which was very well-performed by the band and equally well-received by the audience. This was followed by a triology of criticism of contemporary business and consumerist culture, “The Brown Lipstick Parade”, “Werewolves of Wall Street”, and “Strength Thru Shopping”. Biafra’s comments about wealth addicts who can only conceive improving their lot at the expense of others were appropriately described at this point. Following this, another Dead Kennedys song, this time “Police Truck”, which dovetailed quite well with “Three Strikes”, referencing the life imprisonment laws arising from a privatised prison system, and their potential response with “Pets Eat Their Master”.

A conclusion at this point was responded, appropriately, with audience denial, so the band returned for their first of two encores, starting of with “The Cells That Will Not Die”, referring to the immortal cells donated by Henrietta Lacks in 1951, which have provided twenty tons of a cell line. From this contemporary gothic-absurd story, the band turned to the most well-known song of Biafra’s career, “Holiday in Cambodia”. It is hard not to describe the excellence of this song; it attacks political complacency and the barbaric version of communism instituted by Pol Pot, and the music itself is of great merit, providing a superb harmonic succession in conclusion. Having positively blown the audience away, the band took a brief break only return punching again, this time with the great opening song from the Dead Kennedys first album, “Kill The Poor”, before concluding with the spirited “Shock-U-Py!” dedication to the Occupy movement.

Jello Biafra and the Guantanamo School of Medicine are a different sort of band. At the end of the show the band and their staff happily and immediately mixed with their fans. Jello’s viewpoints haven’t really changed over time; his politics remain pretty much identical to what they were in 1978, primarily because he got it right the first time. Without the desire or need to compromise his message remains unsullied, and as a mirror to the aesthetic his musical style and presentation likewise remains the same. No wonder he and his bands have enduring popularity.