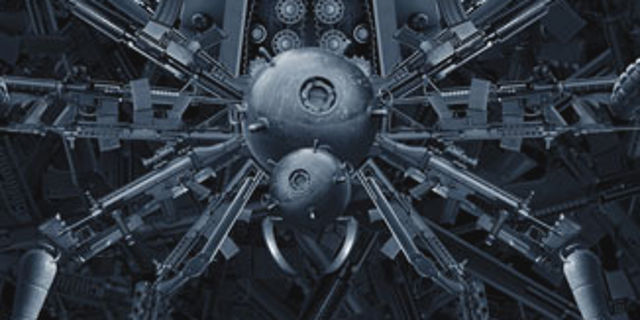 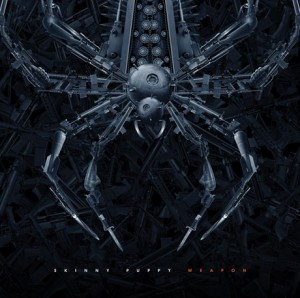 As perhaps the most important industrial band of the 1980s, Skinny Puppy developed a loyal following with their harsh instrumentation, samples, and politically blunt messages, especially with their opposition to vivisection. Albums such as ‘VIVIsectVI’, ‘Rabies’, and ‘Too Dark Park’ whilst far too challenging for mainstream popularity, appealed greatly to a select audience. An cascading set of disasters and a change in musical direction however plagued the band in the early 1990s; they changed labels, moved, had recording sessions interrupted by an earthquake, sacked the producer for the upcoming album, and faced increasing tension between band members, eventually leading to one member leaving, and another dying of of a heroin overdose shortly afterwards. The concept album, ‘The Process’, was not entirely well received and represented somewhat of a change in musical direction, which disappointed some fans.

In the 2000s however the band reformed, and begin releasing new material and touring with their somewhat changed musical style mostly continuing. To be honest, the much debated change isn’t really that much of a change if one sincerely conducts musical analysis and compares it relative to other content. In 2013 their twelfth studio album, ‘Weapon’ was released followed with a tour in 2014, with an impressive piece of cover art of a giant metal spider made from guns, grenades, bayonets etc, fitting to lyrical content of violence. The title was more than a little prescient with the band discovering that their music has been used as a means to torture inmates at Guantánamo Bay; stylistically appropriate they sought $666,000 USD in royalties.

The album starts with “wornin'”, which has a nice fast electronic introduction and a subsequent catchy keyboard progression, juxtaposed with sneering vocals, but with a fairly weak conclusion. It is strongly followed by “illisiT”, where a drum and keyboard introduction is reminiscent of Throbbing Gristle‘s “Hot on the Heels of Love” (Skinny Puppy and Genesis P-Orridge did work together, producing the EP, “Pupple Gristle”), although that’s the highlight of an otherwise dull track with an annoyingly repetitive chorus. The following track, “saLvo” really has a very good introduction with haunting sounds with keyboard drift. The following piece, “gLowbeL”, is not nearly as impressive however, beginning with something that sounds like a 1970s organ and seriously lacking development. The next track, “solvent” begins with a discordant drum and keyboard introduction developing into a haze of noise. If it sounds more like a traditional Skinny Puppy song, that’s because it is, a redeveloped track from their 1984 EP, “Remission”.

There is an interesting style with the keyboard domination “paragUn” with chorus vocals almost sounding like something from KMFDM, followed by an equally derived “survivalisto” with its bleep and bass techno style providing good aural wallpaper. This relatively harmless sound is counterposed by much heavier and dissonant “tsudanama” which comes with haunting outtakes, especially in the conclusion, and rough progression. The album finishes strongly with the a fairly evident anti-war message in a more mainstream industrial sound in “plasiCage”, followed with an ambient and gothic operatics in “terminal” with a gradual build, albeit without the development of counterpoint.

Overall, it is very safe to say that this is not the Skinny Puppy of old (although “Solvent” was a very nice touch), and it’s an album of some mixed qualities. Certainly it is more professional, less avant-garde, and has a more popular orientation. It seems be an oddly recursive thing to say, but Skinny Puppy now sound like many of the bands that had inspirations from Skinny Puppy Nevertheless, ‘Weapon’ is quite a listenable album, and have more than a few instances where the electronica is downright infective. Further they have remained uncompromising in their blunt lyrical content. It is as if they have reached a point of comfort in their music whilst retaining conviction in their message. One can expect more of the same in the future.