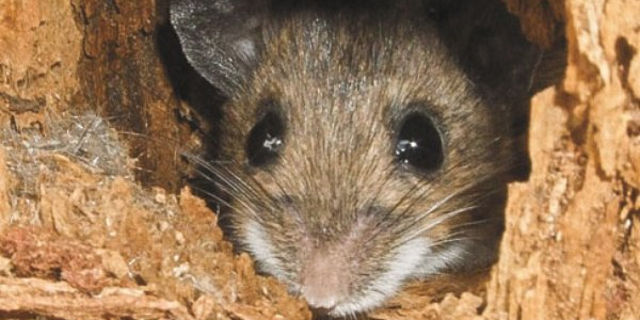 Recently I gave a presentation on The Philosophy of Music. Putting aside the definitional and ontological questions for a moment, perhaps the most troubling from a reviewer’s point of view was an epistemological one; what sort of knowledge does musical and lyrical content give us? Without being able to answer that, qualitative musical criticism becomes extremely difficult beyond mere evaluation of relative competence of the performers, industry sycophancy, or expressive bitterness on the part of the reviewer. This is not to suggest that that such elements in a review aren’t important, let alone the non-musical elements (venue, visual presentation, crowd behaviour), but rather to identify aesthetically good music from that which is not. Why is it that a reviewer can say, with grounded justification, that the lyric snippet from New Order‘s ‘Crystal’ (“Here comes love, it’s like honey, you can’t buy it with money”) has the same sort of credibility as Stephenie Meyer in Twilight when the protagonist is asked whether they are hungry and responds; “No.” I didn’t feel like mentioning that my stomach was already full – of butterflies.

It is aesthetic criticism that rescues us from the claims that all taste is subjective. This, of course, is true in a pragmatic sense, as music like other arts is an expressive orientation towards the objective world, but it does not tell the whole story. This in itself is part of the limiting factor of human listeners. We all have a particular listening range (and thus cannot hear the songs of mice), and a limited mental capacity to recognise organisational patterns in music; Dream Theater is really pushing the limits when they engage in 128 time signature changes in just over six minutes in ‘The Dance of Eternity’. Relativistic claims of subjective taste also serve as a reminder of the experience, exposure, intelligence, or apperception of the subject and the context of the listening and comprehending experience. To non-Francophones, Johnny Hallyday’s lyrical content is simply unknowable.

Experience and exposure is probably a good place to start. A critic can smile and nod when a twelve year old girl enthusiastically exclaims that One Direction “are like the greatest band foreva!!!!”, as we know very well that the subject has as much experience with music as they have with varieties of whiskey that are older than they are. At some stage in their life they will probably develop an attention span that is greater than the three-minute pop song, they will encounter greater vocal ranges, chord progression, and lyrical content that is beyond an appeal to the uncertainties of young women concerning their appearance and popularity with young men. Compare for example Yes‘s ‘Close to the Edge’ with its content derived from Hermen Hesses’s Siddhartha on the entire life of a human’s search for enlightenment which invokes the thematic content of eternal recurrence and universality of being, with Rebecca Black‘s ‘Friday’ with it’s trite preparation of the weekend, the gentle reminder that “Yesterday was Thursday.. Today is Friday… Tomorrow is Saturday.. And Sunday comes afterwards”. Of course, the former band has been performing for almost fifty years now. The latter may last a couple more.

They may not like it, but if fans of a contemporary band in this genre (e.g., One Direction, Justin Beiber etc) seriously believe that there is something lasting about a particular band, consideration of other previous bands of that genre might be illuminating. For example, The Ohio Express of the late 1960s, Bay City Rollers of the mid 70s, New Kids on the Block in the mid 80s, Bros or Boyz II Men of the late 80s. (who, ridiculously, are still performing with that title), and the Backstreet Boys of the mid-90s. The musical style, complexity, and lyrical content, was equivalent to the contemporary examples. These were (past tense) all big bands with international fans and tours. Today they are largely and thankfully forgotten.

Which leads into the issue of the music industry and the way that it constructs the choices for an eager consumer market, and markets its products who often take the bait only to find themselves in drug rehabilitation clinics in a decade’s time. The music industry is, of course, full of some very clever people who know how to manipulate existing conscious and unconscious desires for particular sounds and lyrics and the market segments that they apply to. They have excellent supply chains and connections to other figures in the business. They have their own award ceremonies (e.g., Grammy Awards) whose candidates are nominated by the big record labels and assessed by a panel appointed by the big record labels. These people are professionals, and the most successful manipulators and panderers are those who receive the biggest cash rewards. As has been duly noted by others in the past, the music industry has as much do with music as the food industry has to do with cuisine; they are the supermarket frozen pies of the music world. Adorno and Horkheimer realised as much over sixty years ago in their famous and angry essay, The Culture Industry: Enlightenment as Mass Deception; the words are style very relevant today.

Industry popular and formulaic music is by definition designed for mass appeal. It is notable for a lack of complexity in the sound’s narrative and lyrical content. It is quite deliberately designed for a temporary fan-base, designed for the lowest common denominator of the particular market, thus generating the maximum possible revenue from the fan base. In contrast independent music, defined as cooperative ventures established by musicians themselves (of which Factory is the most iconic example), is less interested in such concerns. It does mean of course, that “artistically determined” musicians will continue to produce terrible music for longer, but it also is the most likely avenue for musicians to produce truly lasting music with credibility. It’s fair to say for example – despite their obvious differences in musical style – that Nirvana are to the 90s what Joy Division were to the early 80s. They had a leading influence an alternative and independent path, something that came from without the industry (and from within musical aficionados and critics).

There is, therefore, some accounting for taste that a critic should consider. It does begin with subjective tastes, but subjectivity within the capacity of the listener to hear and understand the music in context. It means having a wide range of knowledge of musical productions and an eclectic acceptance of the best from various genres. It does mean engaging in a literary analysis of the lyrics, to evaluate the referential depth and expression of the content. It does mean engaging in segmentation and compositional analysis, reviewing the application and complexity of harmony and counterpoint. It does mean being intrinsically suspicious of the motivations of commercial music with its formulaic approach and profit motivation. It does mean being even snobbish to the point that one wishes to hear music and lyrics that will be remembered for decades if not centuries. It means wanting to discover the contemporary version of Beethoven’s Eroica Symphony, Albinoni’s Adagio in G Minor, or Pachebel’s Canon and Gigue, with the lyrical content Milton’s Paradise Lost, or Tennyson’s Charge of the Light Brigade, or Shakespeare’s Sonnet 116. Music expresses that which cannot be said and on which it is impossible to be silent, wrote Victor Hugo. For that, it deserves to be treated with critical seriousness.

3 thoughts on “Notes On The Accounting of Musical Taste”