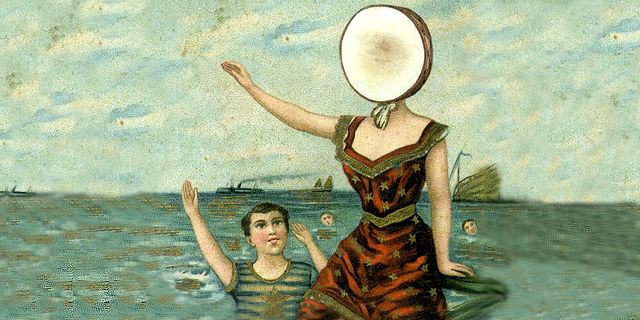 Found on 4chan /mu/ (which is readable by humans, unlike its famous arsehole of the internet sibling board):

Will I buy something? Pretty much not. If I see what I really want, I’ll buy the CD, or if I feel guilty, but physical records or even the CD things are just a nuisance. More and more things and piles of things, and guilt versus things, not having the things wins.

I have fuckoff piles of vinyl and cassettes. I keep saying to myself that I’ll rip them to the computer. I know I never will.

I download like a motherfucker. SEVENTY THREE GIGS I’ve not listened to yet. Some is 4-5 years old. I play it like it’s my job. I finally play something and it’s played once and never again in my life.

So, how big is your queue?

Even MP3s are weighing the kids down these days. New first world problems!

People do this because music works like a drug. But one that doesn’t work consistently, and one dose might explode your head while the next is like smoking a dog turd. Random reinforcement produces a far stronger trained response — addiction — than consistent reinforcement.

Indeed, we resort to depth because breadth is impossible. There has always been far too much for anyone to keep up with. Even if you’re a viciously self-flagellating hipster, who considers it important to let yourself like only what you should.

We learn our aesthetic vocabulary in a couple of years as adolescents and then it’s stuck. You can pick up new languages, but it’s hard. And you’ll probably learn them relative to the first one.

(It was somewhat liberating when I realised how much quite a lot of what I liked as a teenager sucked. Whole areas I didn’t feel obliged to finish exploring!)

So, there’s ridiculously too much music. There has been since all living memory, but here in the future it’s impossible to deny.

It helps that I can remember the day I consciously gave up keeping up with indie rock: a middling review CD (that I’ll do the kindness of not naming) that I’d actually been looking forward to arriving in the post in 1992 and realising how much I’d run out of caring. Liberation. Many angsty young rock critic burnouts, but that was the last one.

So what do you do? What’s your path through the tunnels of the music mines?

(By the way, trusting music lockers remains a bit silly.)

One thought on “The silver age of music: the Midas plague. How do you keep up?”