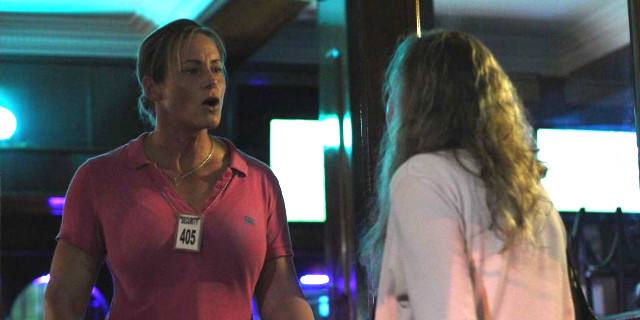 John Herrman at The Awl laments the difficulties of the media in a world where they are no longer the gatekeepers of social knowledge. Nothing here isn’t obvious with a moment’s thought, but he does go through it in some detail: how celebrity gossip journalism, politics coverage, sports coverage and even rock journalism (the part where I throw my head back in laughter) don’t know quite what to do when people don’t routinely use the mass media as their window on the world, instead gorging on assorted other channels that aren’t even media organisations.

(and of course, note that all of these are actually practiced as celebrity gossip journalism.)

Herrman doesn’t have a solution; he tentatively suggests the professional media could move to doing explainers. This is literally what Vox was set up to do, specifically to compete with Wikipedia on the kind of article where there’s an event and Wikipedia rapidly assembles the best available overview of the subject: “the world’s first hybrid news site/encyclopedia.”

Wikipedia-but-not-as-good turned out not to be so hot a commodity, particularly as such topic pages had failed to quite be the Golden Ticket in previous years. But this is why early Vox articles looked like ersatz Wikipedia, with “fact cards” for infoboxes and so forth (with the fatal flaw that you couldn’t hit “edit” to fix the typos) and why Vox’s articles are so often (a) rehashes of everyone else’s coverage a day late (b) opinion pieces on everyone else’s coverage of the previous day.

There is a cultural place for media of record, even if the economics remain ghastly in a world where Craigslist took away the classifieds. (If you read any site whatsoever with ads on, run an ad blocker so you don’t get virused.) The BBC still exists and does something like journalism, for example. Wikipedia reifies the notion of media of record with its reliable sources policy, which in practice is used to sort out internal editorial arguments. (And anyone who’s ever been quoted in the media will laugh hysterically at the notion that the shoddy first drafts of history are “reliable sources”.) So we’ll be stuck with the idea for a while, even as they’re terrible at it and know they are.

This is life in the Silver Age: the Great Cultural Fragmentation continues apace and the assorted industries have to catch up. I am inclined to consider this a fundamentally good thing that is making the world a better place in pretty much every way. I note again Steve Albini’s claim that these are the best of times for the actual musicians, as surprising as that might seem, even given the actual problem, which is a surfeit of non-professionals whose work is good enough. That is, the force that’s taking out the professional media.

(Anyone else remember the previous Vox? SixApart’s attempt at creating a walled garden blogging platform with photos and videos and stuff that was very like a cleaned-up version of their other acquisition at the time, LiveJournal? I had reddragdiva.vox.com for a while, but it turned out nobody could comment on it without a Vox login. Promptly self-hosted and it was all much nicer, thanks. As a walled garden blogging platform with media, that Vox was pretty much Tumblr several years early. Tumblr being where I saw this story. HT David Severa.)