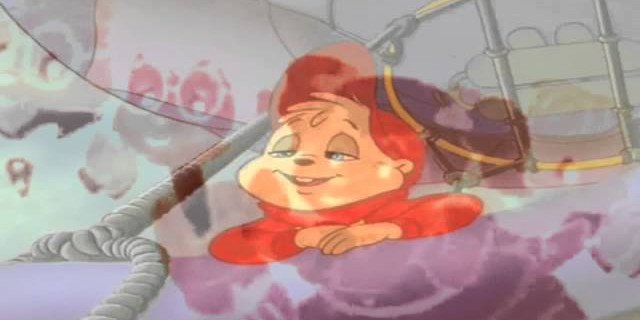 Retrospectively obvious, but this is what Alvin and the Chipmunks sound like at 16rpm: normal vocals with GRIND CORE DEATH SLUDGE DRONE music. That being how they were actually recorded. I think we’ve uncovered Sunn O)))’s secret past.

This is pretty awesome, but playing records at 16rpm generally is. Quite a lot of pop music benefits markedly from this. When I first bought “Blue Monday” (in 1983 at age 16) I played it multiple times a day for several months … at 16, 33, 45 and 78. Wore out my copy. (Then sold it second-hand at UWA to some poor bugger.) 16rpm “The Beach” (the B-side) is twenty minutes of top notch death disco. “Computer Games” by Mi-Sex also works amazingly well. (That link’s full speed, but I’m sure you can do the obvious with it.)

You can do this in Audacity with the transcription toolbar. Load your victim, double-click on the playback thing, set it to play at 0.37 of full speed for a 45 or 0.5 speed for an LP, hit the green triangle next to it.

(I wrote this and started playing “The Beach” at 0.37× and seeing how long before the wife killed me. Made it to 7:00 on the original! Which is 19 minutes of this stuff. Longer than I expected. Dead now. But so worth it.)

3 thoughts on “Alvin and the Chipmunks at 16rpm.”