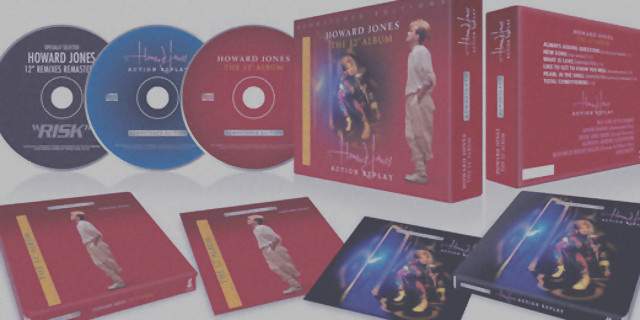 Amanda Petrusich at the New Yorker writes a ramble on the reissue market. It’s not clear, but she seems upset these previously-unavailable classics are available again, because they’re available again for the wrong reasons.

The backbone of the reissue market is … me! And other middle-aged blokes whose tastes ossified at sixteen like most people’s, but we have money now. And boy do we spend it with untrammeled delight that the world has finally caught up to good music. We are the market for the box sets and 3-CD floor-sweepings-edition reissues.

FUC51’s essential point was sound — the middle-aged blokes are the dead foot of the market on the throat of vital youth culture — but they were incorrect to blame the artists, who are after all just doing the stuff they want to do. It’s people like me, and our money, that’s to blame.

Petrusich’s particular example is Cubist Blues, an utter obscurity by Alan Vega, Alex Chilton and Ben Vaughn that they jammed out in 1996 and issued on Henry Rollins’ 2.13.61 label. But note the timing: this was well after the pre-grunge burst of the indie rock scene, and just after grunge itself burnt out. But this was a record for post-punk and pre-grunge hipsters … who would only have known of Chilton through the ’80s reissue market, which was just as big a concern at the time. I remember the Charly and Edsel ads in Bucketfull of Brains.

Awareness of history is lost all too easily, even as we have unparalleled access to the works, and every generation must construct its canon, with lost classics and lost second-rate influences on first-rate artists. Canons are illusory, constructed after the fact to make shit just happening look like a story; a statement about the present. But not a useless or meaningless one, after all: cool shit from the past that works in the present, works.

(I gobble up books of music and literary criticism and histories of popular music, but again quite a lot of it is constructing a story where one doesn’t exist. Real life does not happen in story form. Tracing histories of musical influence tends to this sort of teleology, when actually artists have always just taken everything they could from everything to hand.)

The particular button Cubist Blues, and its cohorts in this wave of reissues, presses is the one where the entire pre-grunge subculture vanished like morning mist the the moment the clock struck 1995, the Internet was invented and history started. Can you find ’80s or ’90s fanzines online? Can you fuck. Wish I still had mine to scan, and if you have yours PLEASE DO SO. In particular, if you have copies of Motorbooty or similar.