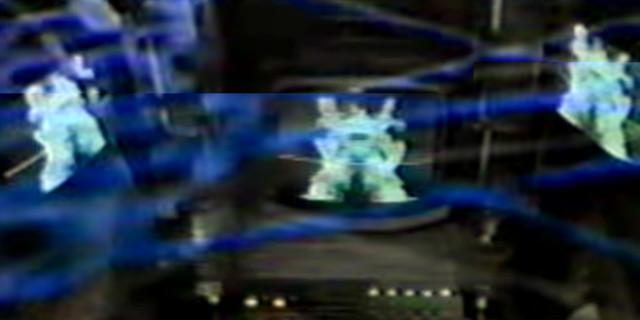 Front Line Assembly “Mindphaser” just came up on Spotify. I first heard it in 1993 or 1994, in the front room of 20 Stuart Street in Perth. The “cyberpunk house” as it was known. I think I was hungover and possibly still drunk from the night before. Certainly everyone else was.

Despite the name, note that this was the early 1990s, when we were still desperately yearning for the firehose of information that would hit us a year or two hence, but had no understanding of what all of this was actually going to be like. At all. Though we could sure tell you everything about what it would be like.

(SPOILER: we were all completely wrong. Nobody imagined all of this. Except J. G. Ballard, of course. I did first read Langdon Jones in that house, the other editor of New Worlds and definitely the worst the New Wave of SF had to offer. Turns out it wasn’t all up to Moorcock, Aldiss or Ballard standards.)

warning: extruded industrial video product, lots of flashing. It’s “Mindphazer” in the video but “Mindphaser” on the record.

The main thing I remember is hearing this track and thinking “HOLY SHIT THIS IS THE BEST THING EVER.” I took particular pride in the excellence and discernment of my musical taste at the time, so considered that if my superlative aesthetic judgement was triggered this powerfully by something then it must be worth serious attention.

I scrabbled about for a pen and a piece of paper to note down this record’s name and artist, just in case I encountered a cheap copy. Because we didn’t have the Internet, so hearing a given record again required hard work, happenstance or money we didn’t have. It could take years between seeing the name of some potentially-interesting band or song and actually hearing them. (Rather than just going to YouTube like I just did.)

I heard the song again a year or two later and was seriously disappointed. Where was the great record I’d heard? It seemed … mediocre. The verse is a Im-IIIm change they clearly lifted directly from New Order “Touched By The Hand Of God”. The chorus fails to be catchy in the slightest and sounds like they loved the verse and just bolted on the first thing that occurred to them. The quintessence of a mundane industrial workout. The beat is pretty good, but y’know.

Where is the good “Mindphaser”? What would “Mindphaser” that was actually good and hadn’t just happened to push all my buttons on that particular morning be like? Can this song be repaired? What configuration of my brain thought this was pure essence of “best thing ever”? I wasn’t even on powerful clubbing drugs at the time. The question of what the hell I was thinking has become one of my smaller white whales.

(I have never had MDMA. Christ, you think I talk babbling shit now, I’ve had speed twice and talked so fast my teeth melted and dribbled down my chin. I’ll stick to the coffee and drink I think. Also, beer and speed do not a successful erection make.)

Joe Carducci talked about this in his reactionary critical polemic “Rock and the Pop Narcotic”: how the persistence of vision effect is all that a lot of UK post-punk indie bands had going for them; how you could subsist entirely on potential to be good at some point in the future in the context of the present and not at all on actually being good at anything right now. “Promising”, weaponised.

(And there’s a separate epic to be written on the straight-up reactionary and proud strain in punk rock and rock criticism. Miriam Linna/Billy Miller, everyone in New York who Lester Bangs pissed off, Chris Stigliano, Maureen Tucker …)

I was taken in by the musical equivalent of an optical illusion; but how to construct things to fulfill such promises?

One thought on “False memories of feelings past.”