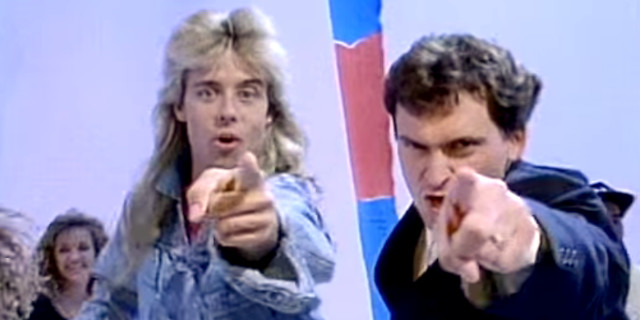 This record is … way better than it has any right to be.

It’s a 1990 Stock/Aitken/Waterman pop disco remake of a soul hit from 1980 by Odyssey. SAW did this record so that two wacky matey banter DJs could say they’d done a charity record.

And look at that video. Look at it. It is hard to make a record of more crassly mainstream intent than this. And yet it’s actually shockingly good.