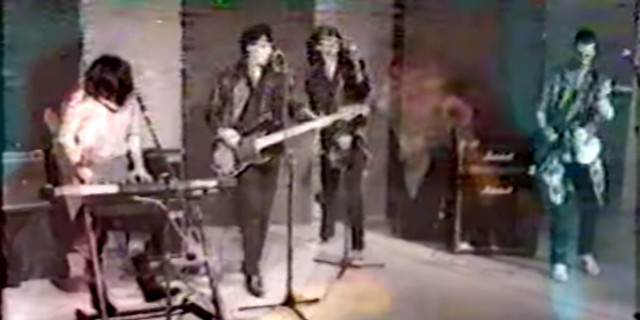 This is the finest album by the great Australian band No, featuring Ollie Olsen when he was still angry, before he discovered MDMA and made Third Eye. It’s a live album. I got the record when it came out in 1989 (a promo from Au Go Go) and played it every day for a few months. Invigorating and cheering music that will brighten your soul. Here’s my favourite track, “Glory.”

The album’s been pretty much unavailable for the last 25 years — I think there was a CD reissue at one point, but all copies I’ve found online are ripped from the LP — so here’s the YouTube playlist and a slightly fiddly download. I can’t find an online method to give Mr Olsen your money, but his current band, the Taipan Tiger Girls, have a Tumblr.

There was a comprehensive full-career Ollie Olsen interview in Forced Exposure #14, which isn’t online and of course my copy is long lost to the four winds. So if anyone has that, they should probably scan it and put it up.