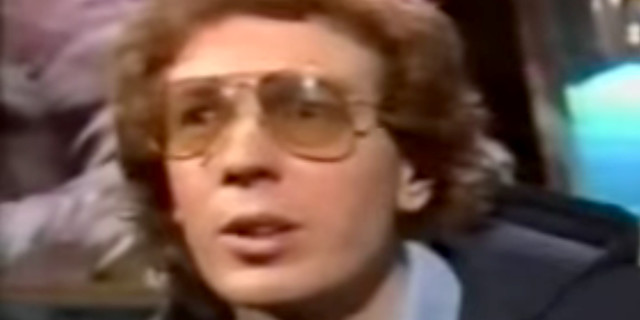 Listened to Scott Walker’s 1984 comeback Climate of Hunter again recently. It’s a strange record, but Scott went strange pretty much as soon as he could. After his early pop hits with the Walker Brothers, he took the chance to make his individual vision obvious by the time of Scott 3 and Scott 4 in the late 1960s. He tried consciously mainstream records in the early ’70s that nobody bought, followed by an abortive Walker Brothers reunion, so Climate of Hunter has that “fuck it” that so often signals something good.

Even stranger is that someone at 96fm — the most popular, definition of mainstream radio station in Perth at the time — liked it enough to put “Track Three” into rotation. Next to the hourly Cold Chisel and Supertramp and Foreigner and Chicago. (I’m guessing Des Shaw or Steve Gordon, they were two DJs who notably actually liked music and would just drop weird shit into the rotation.)

I mentioned this on Facebook a while ago, and it turns out Pat Monaghan knew the A&R guy at Virgin who signed Scott. They were sincerely expecting Walker Brothers-style accessibility, and were more than somewhat disconcerted at what Scott delivered. To their credit, Virgin did actually try pretty hard to push it, fillum clip for “Track Three” and all. Here’s Scott on British television trying to be a helpful and friendly pop musician and looking a bit out of place.

He was dropped from Virgin in pretty short order and did nothing for a decade. Then an album in 1995 and an album in 2006, with one every few years since. These records are finest “holy shit what the fuck is that” from note one. Just the way we like it.

Edit: Steve Gordon notes: “I think that was before I got there David, so we can give Des the credit for that one (he was the Music Director). He did occasionally surprise with something weird. I had pretty much lost hope in Scott after those bloody awful Engelbert Humperdinck-like albums from the ’70’s that you mentioned.”