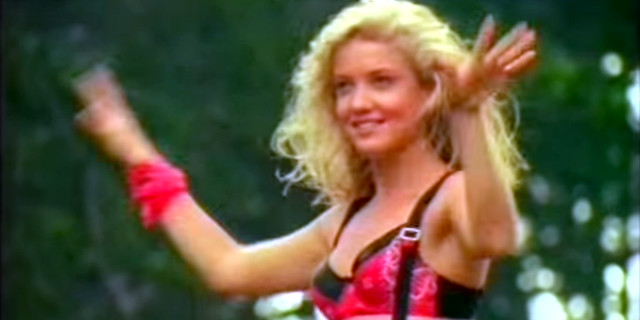 Sometimes you see a piece of modern music journalism and you wonder why these people are allowed fingers.

JS: I won’t buy the book because in a way, the book is within me already, and we all have our own Selfish. Selfish is a kind of American My Struggle — that’s Karl Ove Knausgaard’s epic, not Hitler’s. I mean, a chorus of one, written in a personal language of compassion, infinite theater, stage sets, setpieces, ceremony, shallowness, despairs, self-awareness, sexuality, unable to curtail one’s selfishness and obsession with one’s own image. Extras enter and leave the stage, but photography, rather than writing, as homeopathic medicament, remedy, used to relieve and express painful malaise.

This is about a book of Kim Kardashian selfies.

Eloquent rambling crap to fill space has long been a way to square the time-per-dollar circle of freelance specialist journalism in a fundamentally inane field. Earnest critical dissection of terrible rubbish has been a go-to as long as there’s been people paying for filled space. A postmodernist game to play against yourself and, of course, against the editor in control of the meagre pay cheque.

Rock critics have churned out this sort of thing since there were rock critics (late ‘60s, early ‘70s). Since there was Lester Bangs, anyway. Paul Morley and Ian Penman at NME turned it to high art in the early ‘80s. Since then it’s been a hipster go-to. I suspect someone, somewhere, is under the impression this will get the chicks.

(The Internet should be blessed for having, in the course of taking out the record industry, taken out rock criticism as a profession.)

There’s a case to be made. Maybe they really do consider the semiotic meaning of the Kim Kardashian selfie discourse™ worthy of full examination. Artists, including your disposable extruded pop trash product, do work ridiculously hard at this stuff and there’s material there, and WHY NOT see what you get by taking them seriously.

Morley and Penman were seriously impressed by the material they covered, more so than their successors. Morley was sufficiently sincere that he got on board with Trevor Horn at ZTT and put his theories into practice, with stunning if short-lived success. Nearly none of their work from this time is readily available, though Simon Reynolds does discuss it in a manner reasonably matching my memories in Rip it Up. I was such a fan of Morley at this time (not so much Penman who I couldn’t get into) that I literally tried picking up Nietzsche as an overly-impressed fifteen-year-old because of his namedrops. (I didn’t get past page two of whichever edition it was.)

I used to pull this shit myself, reviewing objectively terrible producer disco records that were constructed with utter cynicism and contempt for the audience, artist and people involved at literally every level — someone who couldn’t sing or dance, recording with someone who couldn’t produce, using sounds that were six months out of fashion, put to a video by someone who couldn’t make videos, all coordinated by some ambitious-beyond-his-abilities minor functionary at a remote outpost of a multinational record company, and using what was originally a good song being the only level any of this worked on — but it is also true that I played the record whose video is above this paragraph every day for two months, because pop music is a virus and I still get the shingles outbreaks.

(When I turned my breathlessly hyped-up review of that single in to X-Press, Michael Dwyer changed the genre description from “blonde bimbo disco” to “blonde bombshell disco”. He apologised, but explained that CBS (now Sony) were the sort of company that would sue over a positive review. I fully understood and apologised for having potentially dropped them in it like that.)

The Quietus pulls this stunt regularly, frequently well enough that I go “wow, well executed.” That’s as opposed to “this has enlightened me to something worth knowing about.” In almost no cases has the stuff been worth the critical examination when I play the helpfully-linked videos.

There’s no excuse for that article on Kim Kardashian selfies. I am left short of words for the ways in which everything about it must be killed. But would start with “if rock criticism in the present day is worth examining, it certainly isn’t on the same terms as the stuff it purports to cover.”

Rock criticism was only useful when music was hard to get and we only had words. I could try to contort uses for it. But.