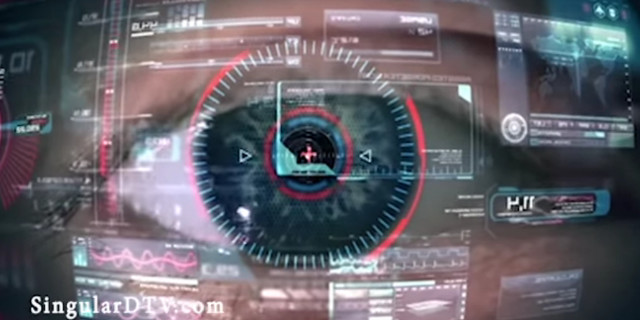 They’re marketing this as artist versus company rights concerning who gets the money, rather than consumer “you are not allowed to view this” rights. But it has to be the second version too — they can’t possibly distribute the actual huge video files via the blockchain, just the DRM authorization. Unsurprisingly, doing all this well enough for it to be super-convenient is the hard part of Netflix. (If they don’t DRM the files, they’ll just make the Pirate Bay look easier.)

The second problem is that they’re using The DAO — the blockchain-based get rich scheme that was hacked and drained on its launch last month — as their model for how to do this.

The problem the record industry has is: (a) they no longer control the means of production or distribution (b) the marginal cost of distribution approaches zero. The problem artists have is that they’re in direct competition with every good-enough amateur in the world. Blockchains will not solve any of these.

These schemes are only going to keep coming — so I’ll try to explain what’s bad, terrible and a danger to watch out for about SingularDTV, and similar hype, to music people who don’t know or care about any of this ridiculous garbage. But if you hear the word “blockchain”, reach for your revolver. Everyone involved in cryptocurrency makes music industry people look competent and trustworthy.

Bitcoin and the blockchain

Bitcoin is a cryptocurrency: a thing on the Internet where unique tokens are exchanged. It can be used as “money” because the tokens are impossible to forge. Its transaction ledger, the blockchain, is touted as immutable: nobody can alter it out from under you! No central control! You don’t have to trust anyone else!

The mathematics is sound. The problems are everything else: as a technology it doesn’t scale (they pressed the original cardboard-and-string prototype into service), it was invented to feed impossible right-wing-libertarian Austrian economics fever dreams, “no chargebacks” means errors and thefts cannot be reversed, a “trustless” system attracts the sort of people who just can’t be trusted, the get-rich-quick scheme ran out of tulip bulbs in 2014, and almost every single person still into it in 2016 is either (a) a scammer, (b) a sucker who thinks he’s the scammer or (c) buying or selling drugs. Every hypothetical advantage of bitcoins is outweighed by the realities.

Ethereum is an “altcoin”, a reimplementation of Bitcoin with the idea that you too can get rich from magical Internet money if you start your own. This works by the creators generating lots of coins before release (“pre-mining”), launching the new coin and cashing in.

Vitalik Buterin, the creator of Ethereum, is a good and convincing talker. Not even Bitcoin programmers respect him. Computer people will appreciate it when I say that he totally thinks he can solve P=NP if people just give him enough funding to build a program to simulate a quantum computer on an ordinary one. So that he can, rather than solve every other problem P=NP would solve, use it to make Bitcoins.

Ethereum has a value-add: smart contracts. These let complicated contractual arrangements be written as computer programs, which are then immune to human intervention.

This is a bad idea in every respect: every consumer or business in real life wants humans to be able to fix problems,  programmers would need to write perfect bug-free code first time every time, and Dr. Strangelove is the best-known story of an unstoppable smart contract going wrong. The only real-world use case is for corporations to force them on people who can’t say no, a bit like mandatory arbitration clauses.

Applied to the entertainment industry: how many musicians have been so pleased with the first contract they signed, and understood it themselves so well, that they’d never want one dot of it altered? Including by, say, later court proceedings.

Not content with their existing sales of Internet fairy gold, the creators of Ethereum came up with an even more complicated scheme: the DAO (a Decentralized Autonomous Organization). This was a program running on Ethereum which would take people’s money and give it to projects voted on by the contributors as worth funding. The DAO got massive publicity and became the biggest crowdfunding ever, getting over $150 million in Ethereum.

Serious security bugs were publicised just before go-live, they decided to proceed anyway … and a hacker immediately used a bug to drain the DAO and crash Ethereum. And they couldn’t stop him, because humans couldn’t interfere with the “smart” contract. The DAO was shut down soon after, and the Ethereum Foundation — whose principals were heavily invested in the DAO — changed their blockchain (the “immutable” ledger) and the actual code Ethereum runs on to take their money back. Ethereum split into two separate currencies, because this was too greedy even for cryptocurrency suckers to put up with. Well done, all.

SingularDTV takes this tottering heap of bad ideas and uses it to implement another tottering heap of bad ideas. This article details the incoherent and technically infeasible promises. (That’s a Bitcoin news site, so is not proper journalism but a blog run by someone hoping his magical Internet money will happen any day now; we can reasonably assume he just ran whatever they told him.) If you’re fully up on cryptocurrency jargon and euphemisms, this is their white paper. Let’s have a look at the article …

the SingularDTV platform enables TV producers, filmmakers, and artists to deploy their content on a distributed network, and receive funding through decentralized crowdfunding campaigns like startups and projects did on the DAO network.

Comparing your enterprise to anything resembling the DAO is a courageous move in August 2016. Saying you’ll run the sort of scheme they did is even better. Perhaps SingularDTV has found the mythical programmer who writes programs with no bugs at all. They plan to start selling shares in CODE, their version of the DAO, this month.

The platform is unique in a way that it runs on a native cryptocurrency called SNGLS, which represent the actual revenue the content on the network drives. SNGLS are also used to fund the projects deployed and sustained on the network.

This is the poison pill in this deal: it runs on their fully pre-mined altcoin, and they control the software that reads it. If they get greedy — and really, when has anyone with power in the entertainment industry ever got greedy? — your “immutable” and “decentralised” ledger will turn out to be neither. There will be heartfelt excuses, of course.

As well as having their own altcoin SNGLS, all this will apparently also run on Ethereum; the white paper does not make it clear how the two interact.

The closest they have to a technologist on the SingularDTV executive is Joseph Lubin of the Ethereum Foundation. Everyone else appears to be a media industry person, which leaves SingularDTV looking like standard DRM snake oil marketing to desperate old media.

$121 — not $121,000 but one hundred and twenty-one dollars and fifty-four cents in sales in a year — is “success” in the world of blockchain projects. ($133 total sales.) Though Ujo, which Heap used and SingularDTV is using a variant of, did in fact exist and function, which puts it ahead of almost all touted blockchain projects.

SingularDTV’s stated goal is two million paid viewings per episode, at $2.60 a go — in Ethereum tokens, not actual dollars — of their TV show over the next two to three years. No basis is given for this number, nor where millions of new Ethereum users will come from.

Why would someone think such a ridiculously flimsy scheme was a good and workable idea? Their totally boss sci fi TV series, of course! A worldwide economic collapse, as predicted by Austrian economics (predictor of 200 of the last 2 recessions), leads to a fictional Caribbean island being the richest place in the world because it adopted Ethereum first, somehow leading to an artificial intelligence taking over the world. Really. To be produced and distributed worldwide through the S-DTV portal!

They are so keen on their sci-fi TV show idea that they named their blockchain startup after it. It appears, in fact, that they are actually Singularitarians — fans of Ray Kurzweil’s non-musical-instrument ideas — who came up with an idea to propagandise their beliefs in Ethereum and the Singularity through the medium of science fiction television, and then handwaved an excuse to hype and collect money to make the TV show to evangelise their cult. This plan is flawless!

Filming is planned to start in October. Can’t wait.

The cover image on this post is from the SingularDTV promotional video collection. All of them look like they thought 1990s Wired was the peak of desirable graphic design. Eyeballs with text, man.

(I must confess that I once used an eyeball-with-text image to illustrate a magazine article on computing. I got better.)

7 thoughts on “SingularDTV: a “blockchain entertainment studio” using Ethereum for DRM on their totally boss sci-fi TV show about the Singularity.”