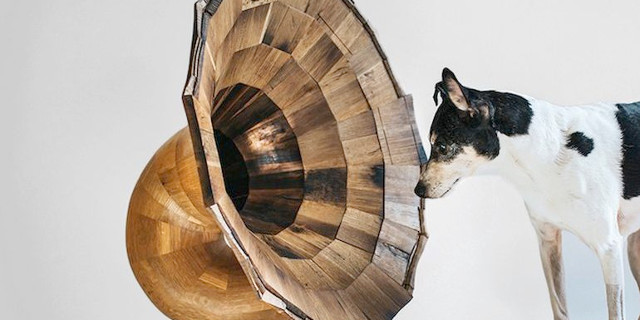 “Culture is not about aesthetics. Punk rock is now enforced by law.” is the most popular thing I have ever written, anywhere, of any sort. On a music blog that nobody reads, this thing got 80,000 hits. A one-hit wonder I failed to cash in on in any manner.

The piece won’t tell you anything that wasn’t already obvious to any reasonably informed pixel-stained technopeasant — but this stuff was actual news to musicians I knew personally, who had been musicians since the ‘70s and ‘80s and were going “what the hell happened?”

Best bit: the comments on it were really good and apposite, with meaningful discussion. I was most pleased.

Part of the problem that I didn’t really hammer on is the Great Cultural Fragmentation. Given the choice, people want what they want, not what you want them to want. Mass movements are nothing like so massive now that listeners have options. The mass media hegemony broke absolutely the moment we could escape them.

Even pop music isn’t actually popular any more — you can have a mainstream number one “hit” in the UK with less than 10,000 sales, which thirty years ago would have had you topping the indie charts. Mainstream pop used to be a serious cultural force, and now it just … isn’t. You haven’t heard of most of these people because they aren’t actually famous.

The gigantist twentieth-century record industry is decreasingly viable simply because they no longer control the means of either production or distribution. And are jawdroppingly inept in any case. Hail Mary passes and wishing for magic aren’t going to make it rain. They’re doing a pretty good job of dying in a fire, but they need to hurry it up please.

And this is despite there being more music than anyone could ever keep up with.

Bob Stanley in Yeah Yeah Yeah offers a useful distinction: music can become “pop” when there’s intermediation between you and the performer. Forms in which you know the performer are not “pop”:

What exactly is pop? For me, it includes rock, R&B, soul, hip hop, house, techno, metal and country. If you make records, singles and albums, and if you go on TV or on tour to promote them, you’re in the pop business. If you sing a cappella folk songs in a pub in Whitby, you’re not. Pop needs an audience that the artist doesn’t know personally – it has to be transferable.

(He didn’t mention drum machine goth songs in a pub in Whitby, but that’s pretty clearly folk too.)

What we’re seeing now is all music increasingly being forced by the laws of the market to work like folk.

So how do subcultures work now? In the ’80s, a whole city’s indie rock scene could subtly change sound because one guy’s Flying Nun albums just arrived from New Zealand and he played them for his mates. Now it’s picking a genre to mine. The meaning of “subculture” changes when they’re self-organising groups on the Internet.

I didn’t manage at the time to come up with a programme of action less broad than the downfall of neoliberal late capitalism in its entirety. (Though at the least, you’d need people to feel secure enough in their lives to spend money in the first place.) Thinking further on it, there are approaches such as finding a niche and owning as best you can — a given small cultural area, in which context aesthetics can then hold — while working on your general game. Base yourself in a scene to learn your chops.

I have no idea if this would work, by the way. It would certainly be a tough row to hoe if your intent was to make a living. Music’s a rough game. Also, you have to transmute into a sort of entrepreneurial marketing obsessive — the approximate opposite of art, certainly as far as artists I know are concerned.

All of this is what life looks like when the means of production have been seized. Everyone with a computer has the tools to be an artist, and the distribution channels. You are an artist. I am an artist. (I literally can’t play an instrument or sing, but here’s my SoundCloud.) Anyone can sell their music easily, cheaply and in the same outlets as the hugely popular people. Or just give it away.

For professional artists, it’s a bit of a problem — but the problem is not internet piracy, but competition:

Steve Albini says life is incomparably better now, and the Internet has solved the problem with music, but you gotta hit the road, Jack. This is a limited approach that not everyone has time for, but I suppose someone has to stay home and foment revolution.

Culture is not about aesthetics. The laws of microeconomics means everything collapses into a folk-based singularity. (Not punk rock, I was wrong.) Cottage industry for all! Scented candles at a county fair in a human face, forever.