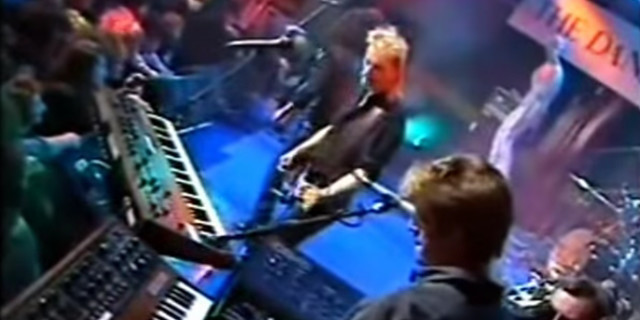 The first Danse Society album, Seduction from 1982 (that’s the original mini-album plus early singles version on YouTube), has mostly turned from post-punk inchoate strangeness to straight-up goth rock (of which it is, of course, a formative example). But there’s still the sound of roads not taken since; something tantalisingly not quite right about it. (Your mileage may vary.)

Early single “We’re So Happy” gives some idea, though that’s by far their most straightforward track of the time.

By their second album, Heaven Is Waiting (1983), they’d signed to Arista and were trying to be straight-up pop stars; a job they were okay at, but clearly not their strength. The best bits are, of course, when they fail. Here’s their biggest hit from that record, “Heaven Is Waiting”. Above is their Old Grey Whistle Test appearance with the single dubbed over; below is a live version from earlier this year, because they reunited like all the old post-punks.

There are three albums recorded since their reformation in 2011. I’ll get to those in due course.