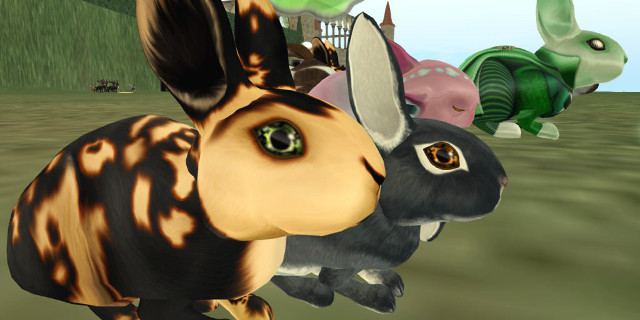 No, really: DRMed pets in Second Life starve after a corporate battle. (Yeah, Second Life is still around.) In an unlimited world of plenty, the very first thing is to recreate scarcity so you can become the rentier. Per Rock Paper Shotgun:

Virtual rabbits across Second Life [official site] will fall asleep on Saturday then never wake up, now that the their digital food supply has been shut down by a legal battle. The player-made and player-sold Ozimals brand of digirabbits are virtual pets that players breed and care for in the sandbox MMO, and even need to feed by buying DRM-protected virtual food. But they rely on servers. Waypoint reported earlier today that the seller of Ozimals and the Pufflings virtuabirds has received a legal threat he says he cannot afford to fight, so they’ve shut down. By Saturday, rabbits will run out of food and enter hibernation.

The rabbits aren’t dead, they’re sleeping. They simply can never wake up. 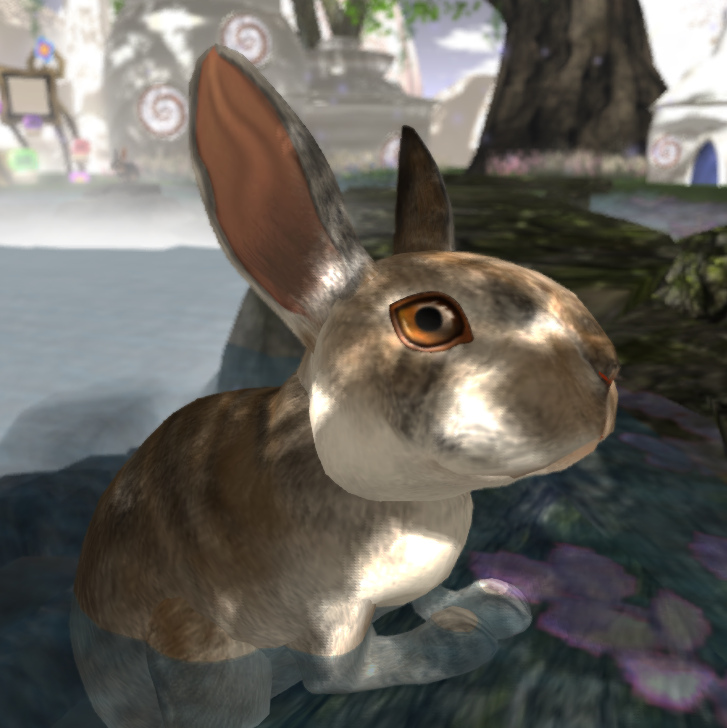 A few people have a stash of virtual bunny food, to stave off the inevitable halting state of all cyberlagomorphs.

Ozimals has been the premier virtual pet brand (and aren’t those words 100% William Gibson) for a decade. Sooo cute!! They’ve had a few ups and downs and DMCA controversies, but their latest battle has done for them: Ozimals actually shut down in September last year, but the guy running it just decided to … keep using licensed designs without a licence! In the Game of DRMed Thrones, you can’t just take people’s stuff without fallout.

That guy coulda just sold rabbits; he coulda made them able to eat anything matching a publicly-defined “food” interface so there could be competition in the virtual rabbit nutrition market; but no, he wanted that delicious vendor-lockin revenue stream.

As Penny Arcade put it in 2008, the entire concept of virtual scarcity “is like having the ability to shape being from non-being at the subatomic level, and the first thing you decide to make is AIDS.”