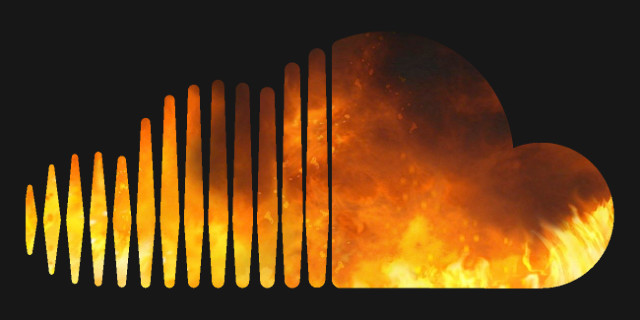 It turns out that SoundCloud can’t just continue stumbling forth with no clear direction or business plan and losing twice as much money in a year as they take in revenue. After firing a pile of people with no warning last week, it came out yesterday that they have money “until Q4”, which is 80 days away. (SoundCloud denies the TechCrunch report, but TechCrunch calls BS and stands by their story.)

Everything about SoundCloud seems to have been a mess. The Hacker News thread after the layoffs has a pile of stories like this one:

Frankly none of this should be surprising: nobody there could figure out a product definition nor a monetization plan. What is more: the engineering organization at SoundCloud at large was completely fractured and suffered from in-fighting. Nobody trusted anyone across organizations. There was no shortage of bullying even. Taking that in mind, SoundCloud’s downfall was to be expected. Because of caustic environment even before the financial crunch, they couldn’t execute.

The Internet Archive is the obvious new home for the content, but that won’t come for free. Jason Scott from IA asked his boss Brewster Kahle about it, and tweeted:

Had a quick chat with @brewster_kahle about the Soundcloud thing. To host a Petabyte of data for forseable future would be ~ $1.5/2mil.

The Archive Team estimates SoundCloud as about 2.5 petabytes, and is working out how to selectively save what it reasonably can without accusations of copyright infringement.

Chance The Rapper, who credits his SoundCloud with starting his career, tweeted yesterday “I’m working on the SoundCloud thing” and posted on his Facebook today “Just had a very fruitful call with Alex Ljung. SoundCloud is here to stay.” Ljung has posted positively as well. We’ll see if they’ve pulled a rabbit out of the hat … but in the meantime, it’s worth remembering that the other term for “the cloud” is “other people’s computers,” and get downloading and preserving. As you should be anyway.

Oh, and play all ours while you can!