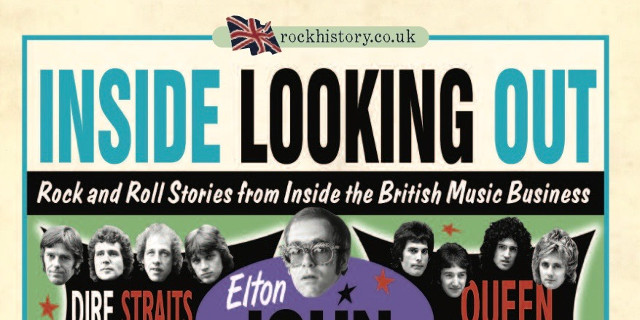 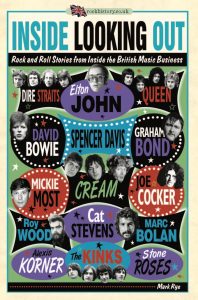 A collection of tales from the early days of British rock’n’roll through to the 1990s, as told by the people involved — not second-hand tales, but the primary sources themselves — and collected by rockhistory.co.uk, which seems to be broken as I write this. Not just the musicians, but the managers, promoters, record company people, music journalists and so forth. The people down in the engine room.

The stories aren’t shocking revelations — just mundanities of the day. But if you’re into rock history, you’ll delight in the detail on offer, even for the bands you’ve never heard. “We were just sitting around afterwards and we were quite pleased with ourselves really and we said: Yeah that should become something of a cult hit, it’ll probably make the seventy-five” — Mike Thorne on mixing “Tainted Love” for Soft Cell.

The only problem is that the book’s just not well written. The rambling intro nearly put me off continuing. The stories commit the error of transcribing every verbal tic. This isn’t how you handle transcription-style interviews — your readers care about the meaning, then the feel of the voice. You have to smooth out the verbal tics and reorganise the material into a coherent narrative. It’s always tricky how much to edit an interviewee’s precise words, but that’s why some writers do this better than others. (I’ve had interviewees compliment me on how well I rendered their ideas back in the Party Fears days. You bet I edited lots and lots.) Run it past the subject for approval if you’re unsure. But the page-length paragraphs of disjointed rambling are just bad book writing and do the subjects no favours.

It did do the first job of any book about music — it made me want to hear the records. Good thing this is 2018 and obsessive fans have ripped the obscurities to YouTube.

And as a historical primary source, this is an amazing resource that any sufficiently-gone record nerd will delight in.

There’s also a previous book, Over Under Sideways Down: Stories from inside the British music scene (February 2014; UK , US), which I made sure to grab as well. I expect it will be more of the same and just as worth your and my time. They’re both on Kindle Unlimited too.