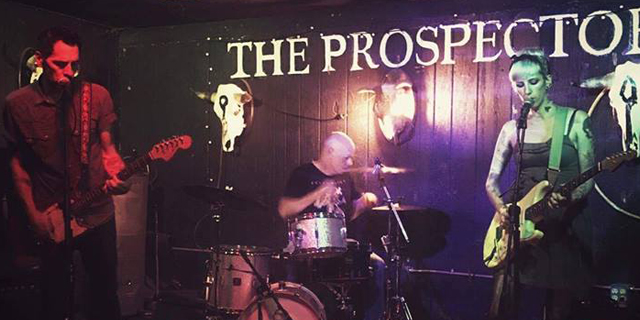 rosewater is a 3-piece garage-punk/post-punk band with a bit of rockabilly flair. Though the band recently decamped from Long Beach, the SoCal subject of many of their songs, to the wilds of Wisconsin there will always be an echo of tides and a tang of salt in their surf-inflected sound. 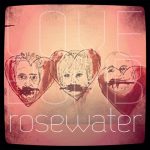 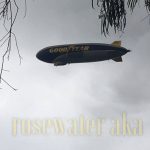 The band has a somewhat unusual lineup; Blair Clark and Leah Brooke both do double duty as guitarists and vocalists and Randy Maass handles drums on their February 2018 EP, Love Bomb. The group’s second EP, rosewater AKA, was released in April 2018 and sees Clark taking over rhythm and programming the drum machine.

Both little works have great songs on them but Love Bomb is mind-blowingly perfect. Clark and Brooke’s voices and guitars blend into a sweet, grungy, fun sound. Clark’s near-monotone is entwined by Brooke’s rich and versatile voice. “Love Bomb” showcases the combination of their opposing skills nicely. The song-writing is remarkably clever; it’s finger-snapping, foot-tapping rock full of sultry asides. “Sugar Shaker” is a good place to start if you’re not certain about dedicating a whole ten minutes to figure out if you like the band — the song is just two minutes of thick riffs and sex in the singing.

The songrwiting for AKA is easily as strong as Love Bomb but the EP is suffering from a production problem. The mix somehow manages to drown half of the vocals and blow the other half out. This is frustrating because AKA is a longer record with a darker tone; the guitars have more fuzz and the songs have more feeling than Love Bomb, but they’re hard to hear through the really rough mixing.

I had the extremely good fortune to see rosewater live before they left Southern California, when they played the Doll Hut on the same night as my band; I’ve heard these songs live and I know they’re great, I just wish that everyone had a chance to hear them sound as good as what I got to hear.

But I’m still recommending them and even recommending you give AKA a listen or two because it’s really difficult to gripe too much about pay-what-you-want music. Download the songs. Roll around and revel in them. Buy Love Bomb. There’s literally nothing to lose.

rosewater live on Alli’s shakycam — their bit is from 14:56