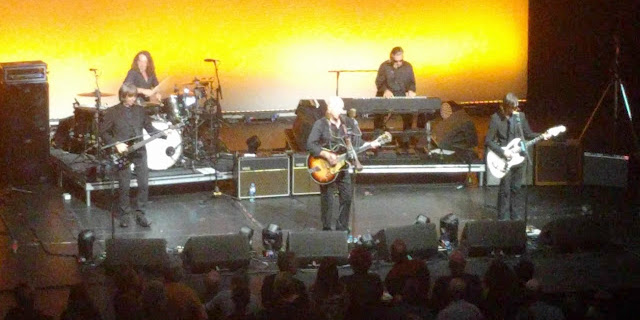 With a string of post-punk hits from the 1980s, the idea of a comeback tour by The The was certainly welcomed after a 14-year absence. The band has had a long and complex history with lead singer and songwriter Matt Johnson being the only consistent feature since 1979, but nevertheless achieved seven singles and three top 40 albums in the late 1980s and early 90s. Their tour consisted of shows in the UK, the United States, and Australia (the first visit in 29 years) with the Melbourne leg of the later at the large and well-designed State Theatre as part of the International Arts Festival.

With no support band, the choice of opening tracks, ‘Global Eyes’ and ‘Sweet Bird of Truth’ were very sound as they are more designed as introductory pieces, listing along as providing the audience a taste of things to come. It also provided an idea of the relative strengths of the new band members, with Barrie Cadogan on guitar, James Eller on bass, Geoff Dugmore on drums and DC Collard on keyboards. Matt Johnson also set the scene at this stage for what was a fairly chatty show, describing stories related to the various tracks. History was a theme in the video backdrop as well, with some rather charming old footage from the band from yesteryear – and a few hair-raising stories on those as well. 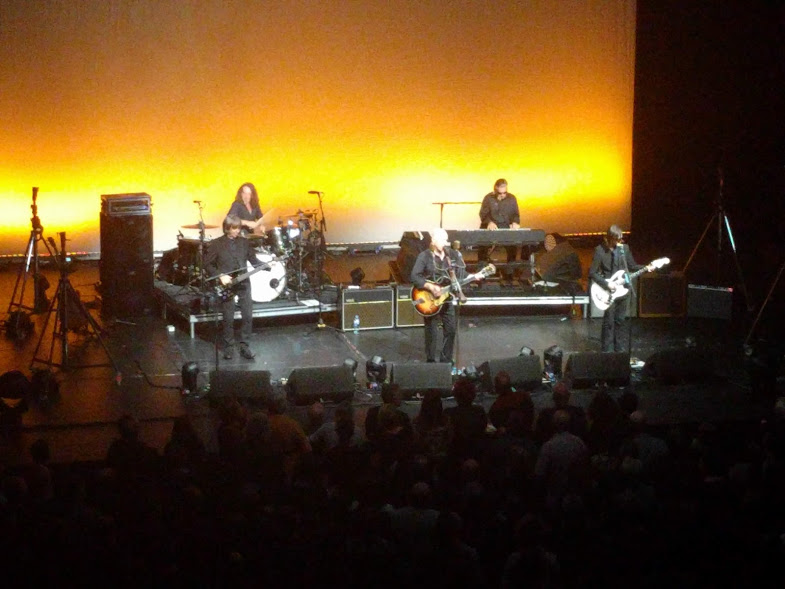 Johnson’s performance was really quite good, and indeed all the musicians showed competence and creativity. The only exception, and it wasn’t really their fault by any stretch of the imagination, was James Eller’s bass annoyingly thundered throughout the auditorium due to poor volume control on behalf of the mixers. Yet despite this skill, the same sort of passion of yesteryear wasn’t quite there. A classic like ‘The Beat(en) Generation’ didn’t quite parse, and whilst encouraging everyone to stand for ‘Armageddon Days Are Here (Again)’ was a stroke of genius, and it really is one of the finest pieces of lyrical content in the history of music, the experience didn’t exactly raise the roof as it should have.

The other thing worth considering it that it was a long concert – some twenty-five tracks all up, including the inevitable encore. The famous hits all went down very well. ‘Dogs of Lust’ (minus the unnecessary commentary appealing to Melbourne-Sydney rivalry), ‘This Is the Day’ and ‘Infected’, were, for example, performed especially well, and whilst this may not be a popular opinion, much of The The comes under the category of “acceptably pleasing and competent aural filler”. This said another highlight of the evening was a vastly extended and jazzed-up version of their early hit ‘Uncertain Smile’ during the encore, before finishing with famous content of ‘Lonely Planet’.

Overall one can be very glad for the opportunity to see The The after so many years and they certainly offered their fairly diverse audience an excellent selection of material from their heydey. As far as a “comeback” tour is concerned, however, there are doubts whether this has the sort of momentum to offer such a possibility. It was in some ways too grand to give the sort of vibrancy to a new generation of The The fans but was certainly enough to bring respect from old fans. As George Palathingal said of the Sydney concert: “more amiable than epic”. A pithy summary that is also appropriate for the Melbourne experience.