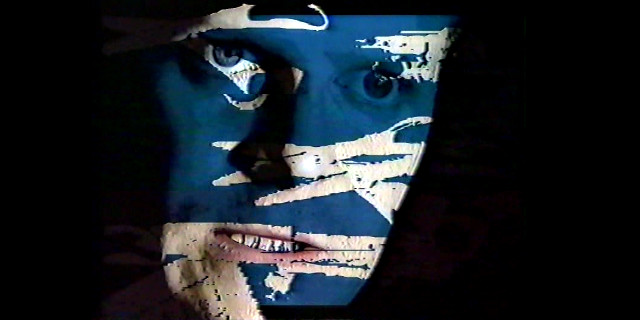 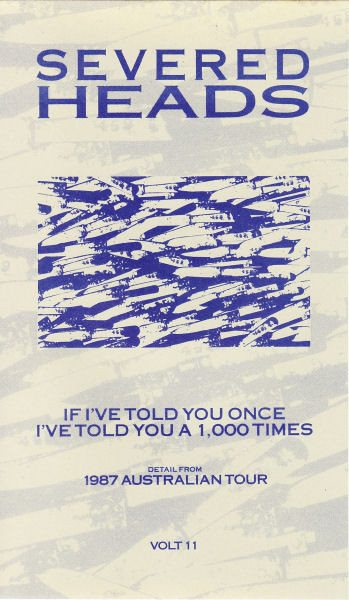 Severed Heads released If I’ve Told You Once — originally Stephen Jones’ video backing tracks for their 1987 tour — as a video tape in Australia and the UK. I watched it back in the day, and thought it was great.

A copy of the Kato Gets The Girl VHS showed up on eBay, and was mentioned on the Severed Heads Facebook group. I had a faint urge to buy it — just to rip it for cultural preservation, you understand. (I don’t even have a VHS player, by the way.)

Tom Ellard wondered “why would you digitise a high speed duplicated VHS?” I guess for the authentic noisy nostalgia. Like digitising the original vinyl. The text is the text.

As it happened, I tripped over someone else’s rip of If I’ve Told You Once — a bootleg the pirate put some effort into, DVD menus and all. VLC is an excellent player for DVD rips. Media->Open Directory, point it at VIDEO_TS. 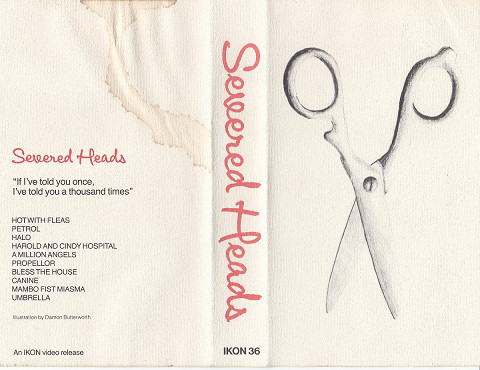 The first thing is that VHS was always shit, and seeing it lovingly ripped to DVD and then to just the files on a 768-line LCD shows why we ran screaming from this trash. But, it was the eighties.

The second thing is that this is precisely the stuff that the kids with Amigas were making ten years later. (The tesselated skulls swooping about in “Hot With Fleas”.) If you showed this to someone now, they’d wonder what the fuss was about.

But, this was back when being an industrial musician meant being good with a soldering iron. And doing this sort of video meant that too.

The second and a half thing is that the video is still fun and interesting, though that might only apply if you’re me or a similar aging Clifford.

The third thing is that the music is still great, and stands up wonderfully. 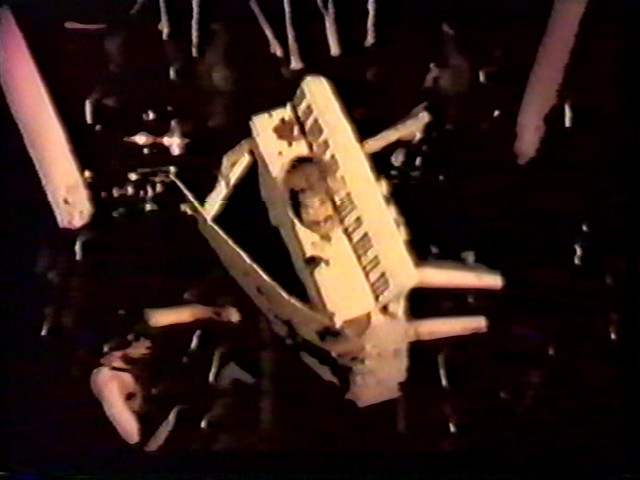 The video effects are rudimentary — even as this was dazzling eye candy at the time, unlike anything anyone had ever seen. OK, “Canine” was pretty silly at the time too. I freshly appreciated the fight with a guy dressed as a piano.

“Mambo Fist Miasma” is such a beautiful tune. I think the Rock Arena video of “Halo” was the first time I’d heard the song. (Can’t remember if I got the 12″ before or after.)

I don’t recall seeing the video for “Propellor” before, though I must have. Goddamn, that’s a good song. Come Visit The Big Bigot is a great LP-plus-12″ and the first Severed Heads album I really loved and played to death. Fabulously well-designed object, too. The current FLAC version (go give Tom ten bucks) just doesn’t sound quite like my teenage memories, but I probably had functional hearing back then, as well as an incredibly shitty stereo. 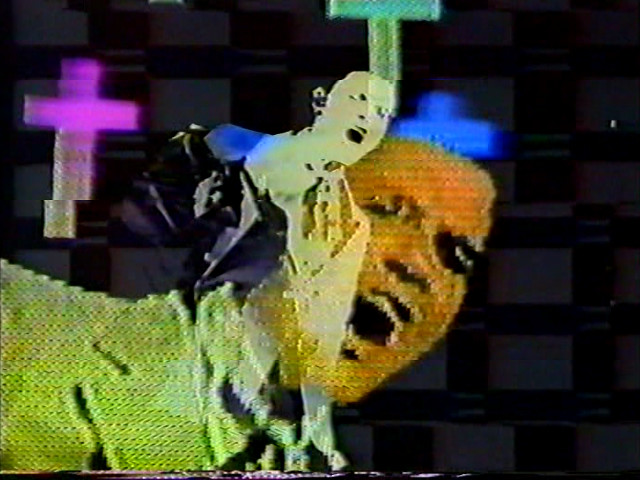 So, should you watch this? If you’re of the era, totally. If you’re not, it’s worth it for the music — it’s a good compilation — and you can see what the old stuff looked like, back in the cellulose nitrate days of music video, when even this level of production was hard.

The tape is unavailable on the face of the earth, unless you catch it in passing on eBay. But you can see bits of it on the Severed Heads Vimeo and Tom Ellard YouTube channels. See also Tom’s 2019 stuff, it’s well worth your time and not the technical offense to the eyes this rip is. And if you want the old music, it’s pretty much all available on the Bandcamp. 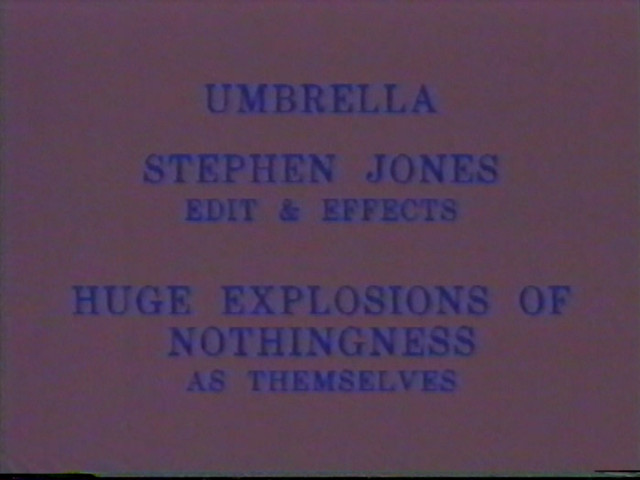