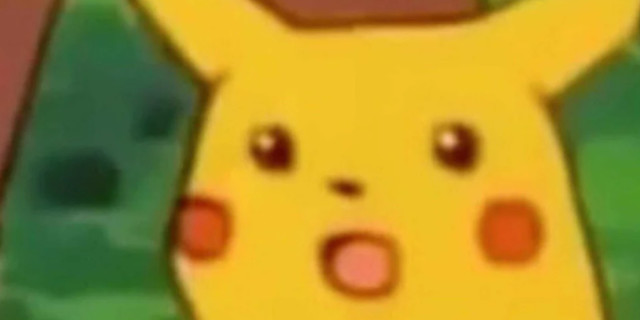 Seeing Detective Pikachu was part of the kid’s birthday present. She’s twelve now, but at age six had no topics of conversation other than Minecraft and Pokémon.

It’s a fun film if you don’t bother trying to make sense of it. And it has lots of explosions.

The main purpose of the film is to show off the 3D-animated Pokémon renders. They’re pretty good! The fur is good, the movement is only a bit weird and the facial expression are only slightly Dreamworks smirk. Mewtwo appears to be based on a sphynx.

The story is a James Bond villain plot with noir detective pastiche, where Bond is replaced by a pikachu in a deerstalkerish cap.

(One day, film directors will realise that no corporate office anywhere has everyone working in the dark.)

If you expect the plot to be more than a vaguely-plausible driftnet’s worth of holes, you’ve greatly misunderstood what this sort of film is for. Just go along with the action sequences and explosions. Bill Nighy hams it up fabulously.

The kid thought the film was excellent, by the way. Job done.

I’ll give Detective Pikachu an Ebertian 4 stars out of 5 for doing very well at the job it sets out to do. If you’re a small child obsessed with Pokémon — whatever age you may technically be — you will be delighted. If you’re just the adult tasked with taking one to see it, you’ll be fine.