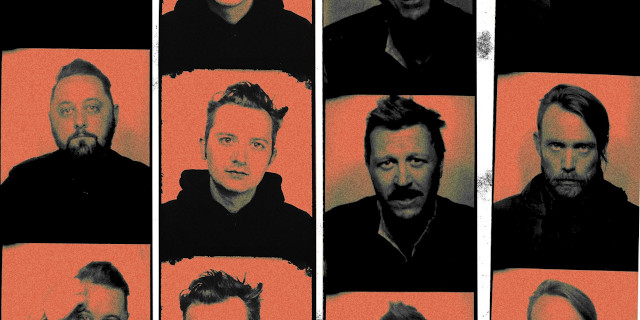 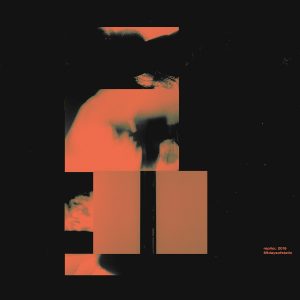 With several track titles that look like malformed regular expressions (e.g., “d|| tl | | |”, “gr [] v-_s”, “[] lid” etc) the latest album from the most well-respected advocates of math rock, 65daysofstatic is certainly a significant change of pace to many of their usual offerings. With sounds varying from the abrasive yet powerful electronica of their inaugural Fall of Math, to the sublime and gentle beauty of their alternative soundtrack Silent Running, and even their experiment with procedural generation for the computer game No Man’s Sky, the latest offering replicr (2019) perhaps is best compared with the Sisters Of Mercy’s Reptile House in contrast with their usual fare of Gothic anthems.

Dark and morose, ambient and industrial, with occasional contrasts, replicr is an album for particular moods. It is certainly not recommended as an album to introduce people to the fine sounds of this band, but for regular listeners, it will certainly represent a change of pace, but yet contain a sufficient degree of the evocative style. With short prologue and epilogue pieces (“pretext” and “u| || | th | r| d”), the main opening track “d|| tl | | |”, is reminiscent of the material from No Man’s Sky, but with an ominous wall of sound. It is followed by “stillstellung” with rapid and light drums, and the wonderfully “bad age” which presents diverse instrumentation and weaving melodics which presents quite an electro-gothic atmosphere that would go very indeed well in a science-fiction horror film.

This is followed and juxtaposed by the slower atmospheric pieces of “sister” and “gr [] v-_s”, before the pace picks up again with “Five Waves” which has an air of gentle and evocative beauty. Following this is “interference_1”, which is very well constructed with a gradual increase in pace and content, generating a rather exceptional piece. Things slow down a notch for ‘Popular Beats’, with a touch of space-rock sensibilities, and “z03” with a slow-medium, providing a wall of sound haunting instrumentation. All of this is concluded, in the main, with ‘Trackerplatz’ which is presented with a gradual buildup with variation, a fade, and then rises to a grand crescendo. Certainly a great track to finish the main fare.

As mentioned, this album is quite different from the usual material provided by 65daysofstatic. In a sense, it does include the sort of background content that is familiar in various albums to past listeners. But it is also quite jarring in its morose sounds, thus making it far from the easy listening, and indeed it is uneasy listening. It challenges, it depresses, it raises one up for fleeting moments before leaving one stranded. All in all, replicr is a particular album by 65daysofstatic, which will be enjoyed by many sometimes and enjoyed by few most of the time, and even by the same person. It will, as always, be fascinating to see where they go from here.