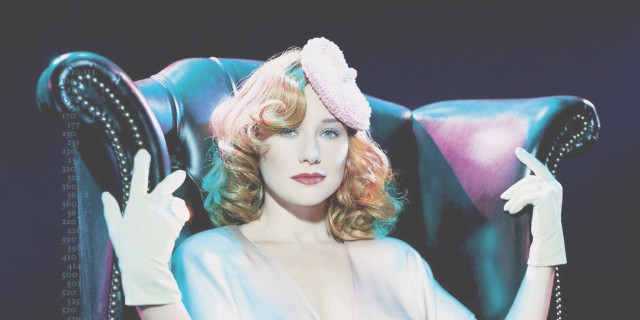 Love her or hate her, the new Tori album, Strange Little Girls, is due out in a bit over a month and will no doubt leave her traditional league of adolescent aural roleplayers shaking their collective fatty cakeholes about her “not really Kate Bush-esque brillance” until we can bribe them to shut up about their feelings and emotions with the promise of Tim-Tams, lard and pretzels shaped to resemble little love-hearts.

But whether you like her or not, the material on the new album may spark a few of your collective interests.

MP3s are already starting to pop up from the promo of the album.

Her version of Eminem’s “’97 Bonnie & Clyde” is pretty amazing even on the first few listens – this is quite a remarkable song in its own right, and a very peculiar cover. Spooky, arrogant and very very pretty. Philip Glass on quaaludes writing the soundtrack for Lars Von Trier’s remake of I Know What You Did Last Summer.

The Stranglers’ “Strange Little Girl” … well, its a single, really, isn’t it? Nice. Digestable. A bit of an insult to the original in its lack of vibrancy, but hey. The tubby no-life young ‘uns that make up the Tori Amos online community are all ooing and ahhhing at comparisons to Madonna’s “Beautiful Stranger”. Figures. This one will be a great first single and appeal to people with no desire for anything but lo-fat pop-rock.

If not ‘good’ as such, this could be a very funny album.